Jenny Benn is the super supportive sister of NHL star, Jamie Benn –currently the captain of the Dallas Stars.

Jenny’s brother was born and raised in Victoria, the capital city of British Columbia, Canada. The current Stars captain started playing hockey at a young age when his mother signed him up to play in the popular Canadian youth program TimBits, sponsored by Tim Horton’s.

Benn joined the Victoria Grizzlies of the BCHL for the 2006-07 as an 18-year old in his NHL draft year. He scored 42 goals and finished the season with 65 points in 53 games, impressing the Stars enough to select him with the 129th overall pick in the 2007 draft. 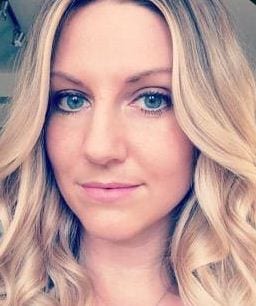 You are probably familiar with Jamie’s older brother, Jordie who is also an NHL player. The Benn brothers played together on hockey and baseball teams in their youth on Vancouver Island and have been pretty much inseparable since. The two were teammates on the Stars for six seasons before Jordie was sent to the Montreal Canadiens.

Jamie Benn’s pictures feature his parents as well as his brother, Jordie and sister, Jenny. Jamie who is super close to his family, said about his sister Jenny Benn: “Our sister has been there for us whenever we needed her”

When speaking about brother Jamie, she told D Magazine: “When you first meet Jamie, he might seem like the shy, quiet type. Don’t let that fool you. He’s got a devious smile that hints at his playful nature. Once you get to know him, his actions will speak for themselves, and you’ll find that he is very thoughtful. You can see from his passion and drive for hockey, how committed to something he can be.”

Jenny Benn is a married woman who became a mom earlier this year. She and her husband welcomed a baby girl last July. The blonde and her family are currently based in Victoria, BC.