Jennifer Persson is the gorgeous girlfriend of Swedish NHL player, Filip Forsbrg –her NHL stud is currently a player with the Nashville Predators.

Jennifer and Filip have been an item for a while now and they make for one hot NHL couple. You probably are aware that Filip was born August 13, 1994; and that the Östervåla, Sweden native has a younger brother named Fredrik Forsberg and who is also a hockey player.

Filip joined Leksands IF in 2009 becoming a standout player who was originally drafted by the Washington Capitals in the 2012 NHL Entry Draft. That same year he won gold at the World Junior Championships.

He won the awards for Best Forward and Most Valuable Player at the 2014 IIHF World Under-20 Championships and was named to his first NHL All-Star game in 2015.

Forsberg was voted to the postseason NHL All-Rookie Team for the 2014–15 season –after becoming the youngest Nashville Predator to score a playoff goal in franchise history.

Since you know all that, we thought we’d tell you about his gorgeous girlfriend, meet Jennifer Persson below. 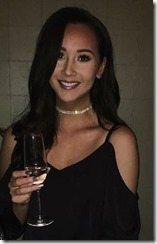 The best part about being Filip is probably being able to call Jennifer Persson his girlfriend. The two have been dating for a number of years.

She previously work at The Body Shop in Sweden. She is now a fashion and lifestyle blogger. Persson runs her own blog –in which she talks about her everyday life, things she think are neat, prepared food and things that inspire the Swedish beauty.

In her posts she usually describes her daily routine which basically includes her talking about her outfits, going to the gym, keeping her blog updated and doing everything she can to make Forsberg happy. 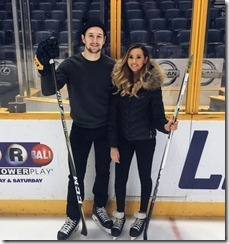 Take her latest post for instance, Jennifer tells her readers that she was woken up by Filip at 7 because he told her he could not sleep because of the lighting in the room. She then got up and tried to fix it. Long story short, Filip end up falling sleep while she stayed wide awake.

The NHL wag has been quite successful with her blogging and having a famous athlete boyfriend doesn’t hurt. She has over 4K followers on social media.

The couple are currently based in Nashville where Filip is a badass NHL player.