Anna Kasterova is not only a Russian television personality, she’s also the superhot wife of the NHL player Evgeni Malkin, the alternate captain and center player of the Pittsburgh Penguins. His ability to execute plays and his remarkable skill set have helped him become one of the best players in the NHL. Malkin was drafted 2nd overall by the Penguins in the 2004 NHL draft.

Evgeni (Yevgeni) Vladimirovich Malkin was born on July 31, 1986. He’s originally from Magnitogorsk, Russia. His parents are Natalia and Vladimir Malkin, a former ice hockey player who later worked at Magnitogorsk Iron and Steel Works, which is Russia’s largest iron and steel company. The Penguins’ center player has a brother named Denis, who has skated with Evgeni since he was 3.

The NHL player joined his first team at the age of five, and then became part of the Metallurg Magnitogorsk, when he was 17. It was around that same time when Malkin helped Russia acquire the bronze medal at the 2003 IIHF World U18 Championships, in Yaroslavl.

Now let’s talk about the stunning Anna Kasterova! She was born on September 21, 1984. Anna’s originally from Zelenograd, Moscow, Russia. Evgeni’s wife got a degree in Psychology from Moscow State Pedagogical University. She was 22 by the time she started her television career, being the editor of TNT’s show “Moscow: Instructions for Use”. Anna left TNT after a year working with the channel and joined RTR TV channel “Russia-2”, where she widely became known.

Anna moved to another channel, NTV, in October 2012, as a new face of “Central Television”, the three-hour program hosted by Vadim Takmenёvym. Evgeni’s wife joined “Grand Sport” in June 2013, but returned to “Russia-2” that same year. She got the lead in “I – the police”, a reality show, in September 2014.

The beautiful lady became a regular on “Vesti.ru” and on BBC News for a weekly program. She also became a permanent guest of “Blow his head”, a soccer talk show. Anna has been a hostess of the television show “Morning Russia”, too.

Mr. and Mrs. Malkin started dating in mid-2013. The couple got engaged in November 2015, just two months after they found out they were expecting their first child, son Nikita Malkin, who was born on May 31, 2016. It’s a mystery if these two have made an official wedding ceremony. Some sources say that Anna and Evgeni got their marriage license in the US and exchanged vows late in May 2016. Whatever they have decided to do, we’re glad that they’re a happy couple! 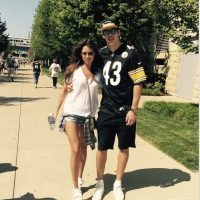 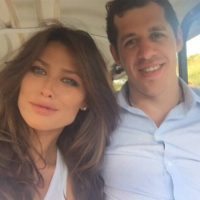 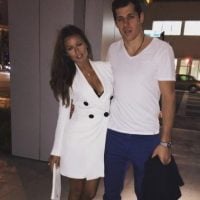 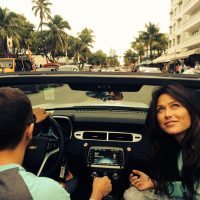 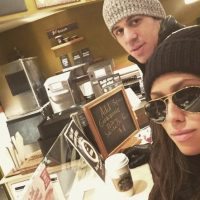