Melinda Currey is the gorgeous girlfriend of Swedish NHL player, Erik Karlsson. Her man is currently a player with Ottawa Senators.

Melinda and Karlsson make for one of the hottest NHL couples. Her man, born 31 May 1990 in Sweden has established himself as one not only of the most influential defensemen, and players at any position, for his generation.

Erik was drafted in the first round, 15th overall, by the Senators at the 2008 NHL Entry Draft. The two-time winner of the James Norris Memorial Trophy serves as the team’s captain.

Regarded as the NHL’s best defenceman in 2012 and 2015, he has an equally star quality babe by his side. Meet the stunning Melinda Currey below. 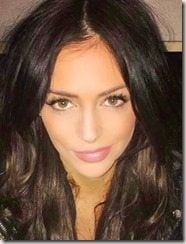 Her man was previously married to Therese Karlsson, the brief marriage lasted for a year from 2012 until their divorce in 2013.

The following year in 2014, reports surfaced of his relationship with Currey. The beautiful brunette hails from Ottawa and will soon become Mrs. Karlsson.

She and her man got engaged a few months ago, on November 2016 to be more exact.

Now, let’s take a step back and find out who the woman is. According to her LinkedIn profile, Currey attended Hillcrest High School and went onto graduate from Carleton University in 2010 with an honors degree in communications and a minor in psychology. It also says that she’s currently the Chief Marketing Officer at Wellington Creative –where she has been working since 2013.

Melinda –whom you may easily confuse for a model –also completed courses in French as a second Language at Algonquin College. 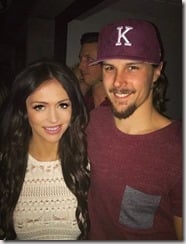 The independent marketing consultant, leaves no room to question with her impressive background –making it clear she’s one of those rare combinations of brains and beauty.

Melinda Currey is also passionate about giving back. On Facebook she describes herself as ‘an entrepreneur and a philanthropist that believes we all have a duty to give back and contribute positively to the society we live in.’

You can check out more photos of miss Currey on Instagram here.