Many of Drew Doughty’s fans who have certainly noticed his exuberant nature and childlike enthusiasm have wondered if he has had any luck in the arena of love. Boy, oh boy, he has had smashing success.

It all happened when he hitched a ride to heaven, met one of Zeus’s daughters, and seemingly convinced her to put on his glass slipper. Zeus is still fuming, but Drew has a dashing wife to go home to after his dominating rink performances.

She’s not sitting pretty nor waiting to brew up controversy on the reality show Hockey Wives, —our goddess in mortal form works as a programmer and tech venture specialist.

There are many more interesting tidbits on Drew Doughty’s wife; see how Nicole Arruda likes to have fun, and receive the scoop on their wedding. We’ll also update you on what Drew Doughty has been up to of late. 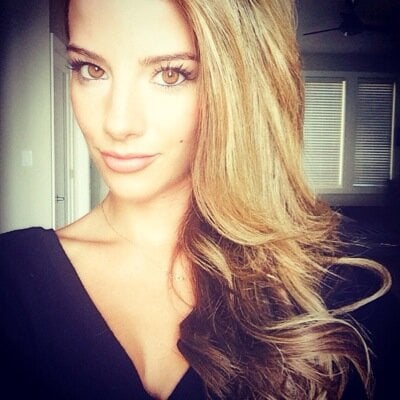 If living a carefree life with a constant smile on your face —despite well, missing a couple of front teeth —was a person, that person would be Drew Doughty. The Kings defenseman began his playing career in 2008, but as of November 2021, he has been out with a knee injury projected to last for about 8 weeks. 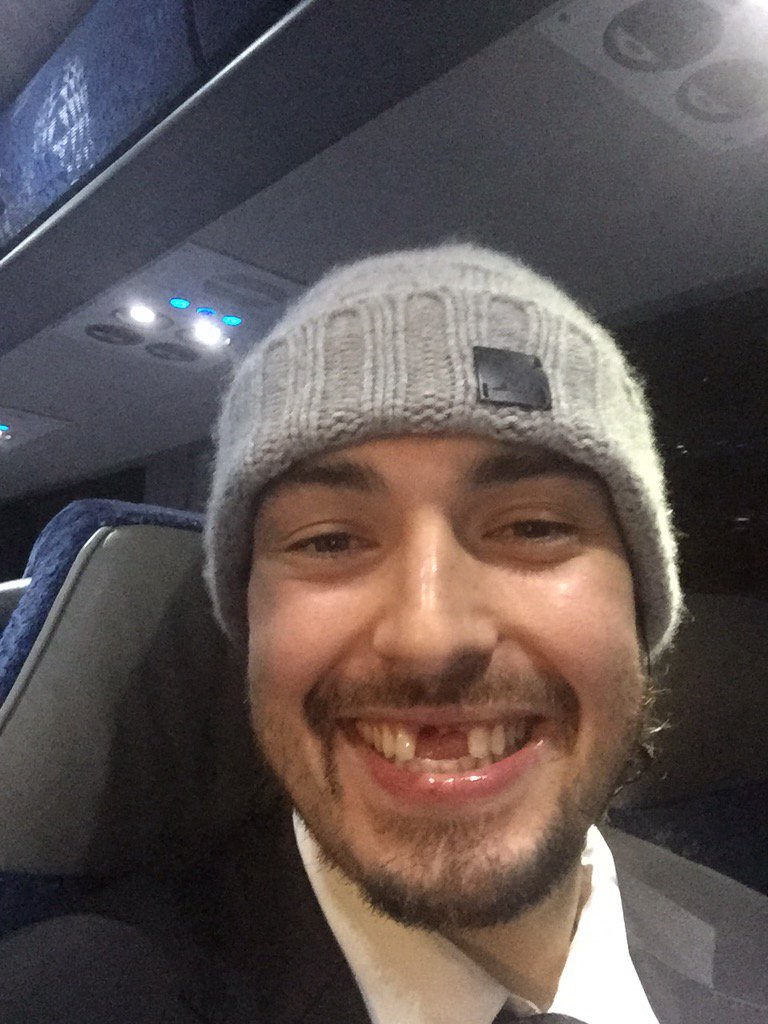 Who is Drew Doughty’s Wife?

Nicole Arruda’s a girl who likes to have fun and thoroughly enjoys the company of her friends. That much we can gather from her Twitter. Nicole happens to enjoy volleyball and evening drills on the beach. She once left the airport 10 pounds heavier from eating too much popcorn, pretzels, and chocolate.

Her love story with Drew Doughty began in high school, as they both studies and grew up in London, Ontario, where they now have a home. Her birthday has not yet been well established, but if Drew was born on 8 December 1989, by sound estimates, she may be anywhere from 29 to 32 years old by sound estimates.

As their match was struck in heaven, the wedding had to match heavenly elegance, and it really did. The date for the wedding was set for August 8, 2018. The couple wanted a casual Muskoka wedding. Okay, so for all non-Canadians, Muskoka is not an elaborate ritual or feast. It’s a picturesque area in Southern Ontario that hosts the Muskoka lakes, Brydon’s Bay, and islands.

Sherwood Inn, a leading destination for Muskoka weddings, received the pick for the wedding destination. The ceremony was not overly over-the-top as the couple opted for down-to-earth decor with plenty of flower bouquet blooms and canopies. Only 100 guests attend the wedding, and they got to stay at the inn with the couple, making it quite an intimate affair.

Beautifully captured photos of the Lakeside, Drew’s complete gorgeous smile, and Nicole happily drowning a bottle of champagne may be the only relics we have of the wedding. But the memories will no doubt live on forever in the couple’s minds. 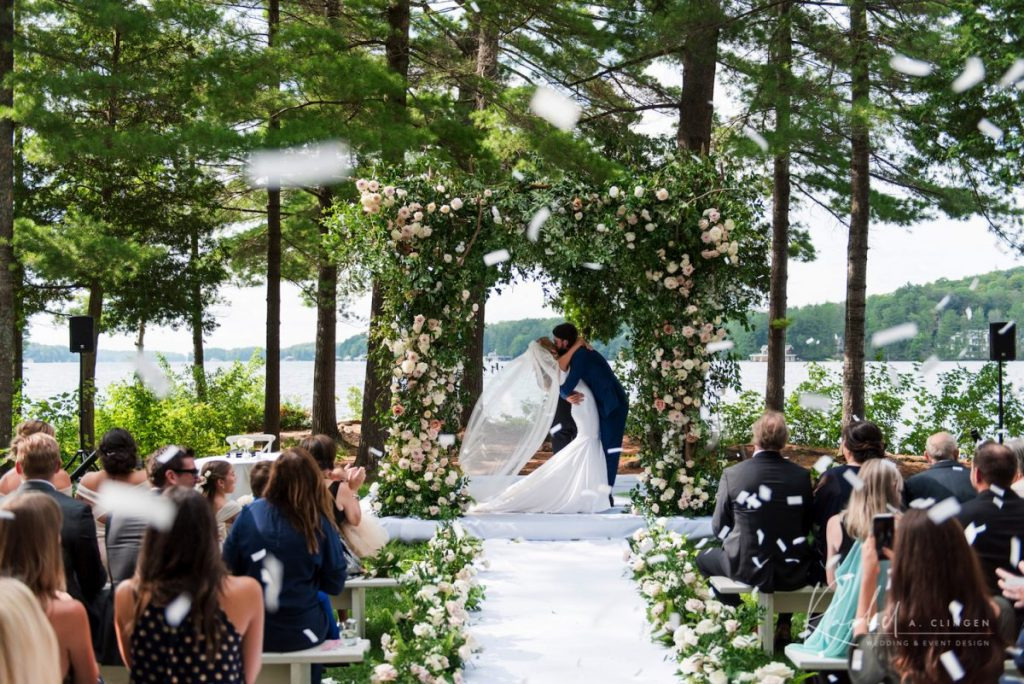 The wedding was organized by Ashley Piggot, florals by Racheal Clingen, and beautifully captured by 515 Photo Co.

There’s something you should know about the couple. They’re not really big on posting their entire lives on social media. So it may come as a disappointment to reveal that there are no Nicole Arruda engagement ring photos, but we guess it was a big rock. We’ll keep on the lookout for a photo and as soon as we know, you will.

Nicole and Drew welcomed their first child together

Nicole now assumes mum duties when she’s not coding and funding tech ventures. The couple welcomed a daughter in the Fall of 2019, name not disclosed.

Nicole Arruda is the perfect girl next door. Her fashion style and personality are down-to-earth, supportive, and approachable. She makes ordinary jeans and tank tops look great, and wears her hair blonde.

What has Drew Doughty been up to of late?

One area of speculation for all those who have seen Drew is how on earth did he come to lose his teeth. The question can be quickly answered by viewing a rough NHL match. Drew had one tooth knocked out by a fast-flying puck. The second tooth went missing after a nasty high stick, where the other player was carrying his stick above the allowed height, which is below the opponent’s shoulder. 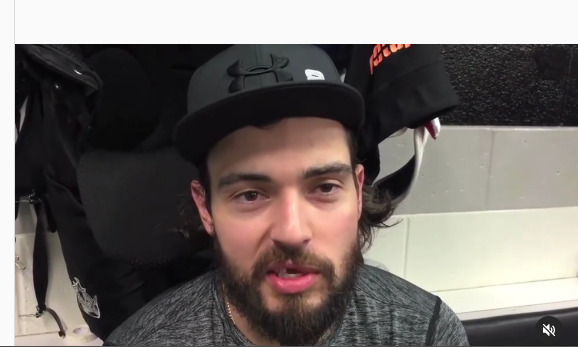 Drew developed a lisp from his front missing teeth, but he is not keen on wearing cosmetic teeth as they aggravate the lisp.

More of his teeth are in the line of fire, as to this day, he refuses to wear a mouthguard. Unlike other “civil” sports, lost teeth are a badge of honor in Ice Hockey, and Drew joins a long list of other greats, including the likes of Gordie Howe, Bobby Clarke, Brent Burns, Austin Watson, Chris Neil, Rocco Grimaldi, and more. Due to the frequent run ins with the tooth ferrie within the sport, fans have jokingly asked: “Are there any NHL players with all their teeth left?”

Drew takes home a whoppingly big pot of gold. According to SportRac, he signed an eight-year $88 million contract with the Los Angeles Kings. It came with a sign up bonus of $20 million.

As per the terms of his contract with the Kings, Drew Doughty takes home an average salary of $11 million per year.

The lovely couple share various properties, including a house Drew bought in 2009 after signing his first NFL contract. It’s located on the outskirts of London Ontario, his hometown. He bought another house in Hermosa Beach in 2016 at a price tag of $6 million.

The annoyingly chatty and upbeat Drew Doughty was the subject of an investigation in 2012 after a woman alleged that he had sexually assaulted her. The two had met near the Hermosa Beach Pier, and the woman said that she had turned down a proposition from Doughty in front of his teammates. When they took a cab home, Drew had *** with her, as she told the police. As part of the filling declaration, she also admitted to having consensual *** with the player a few months prior. LA Detectives declined to file a formal charge as they found credibility issues in her story.

Drew is no gym bunny and doesn’t enjoy exercising. But when coach is watching, it’s full steam ahead. For summers, he prefers to be mentally and physically away from hockey and enjoys a nice round of pool from his dining room.

Drew had one of his best games at the 2018 Winter Olympics, but not without some clumsiness along the way. He had apparently slept in for the gold medal game, showing up just before the warm-up skate and sweating from having to push through crowds and running a few blocks to get his suit.

Here are some of our favorite Drew Doughty interviews:

Esso Road Trip: Day in the life of Drew Doughty 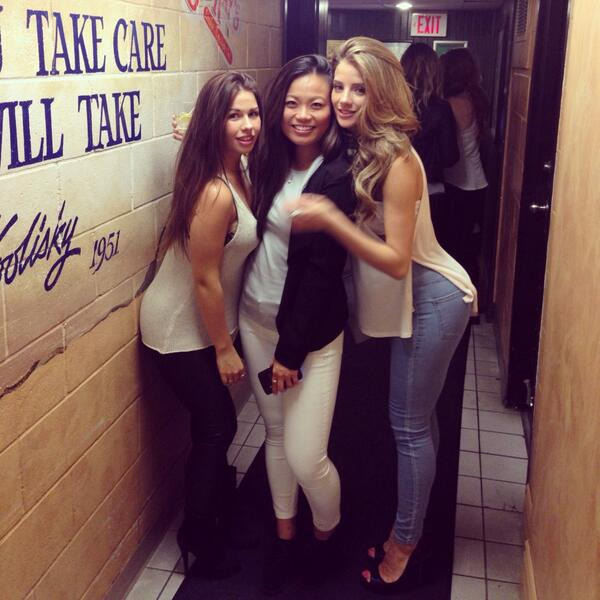 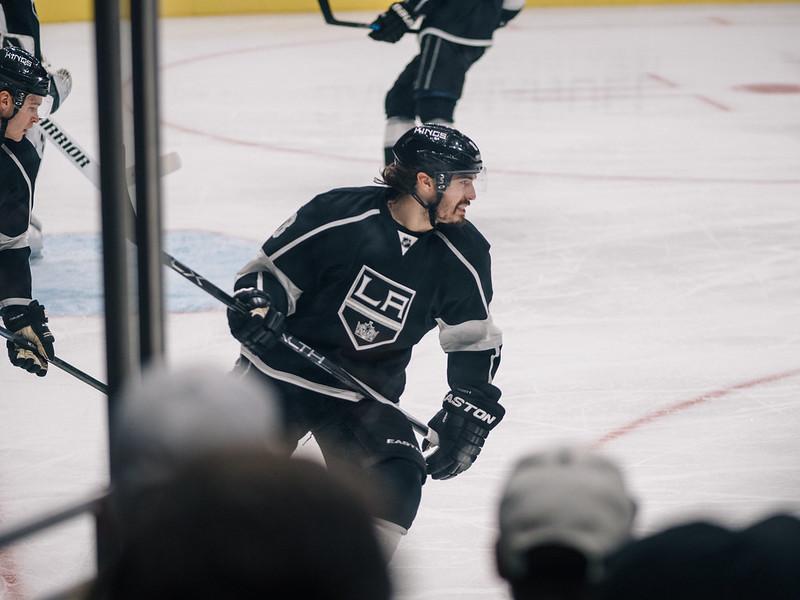 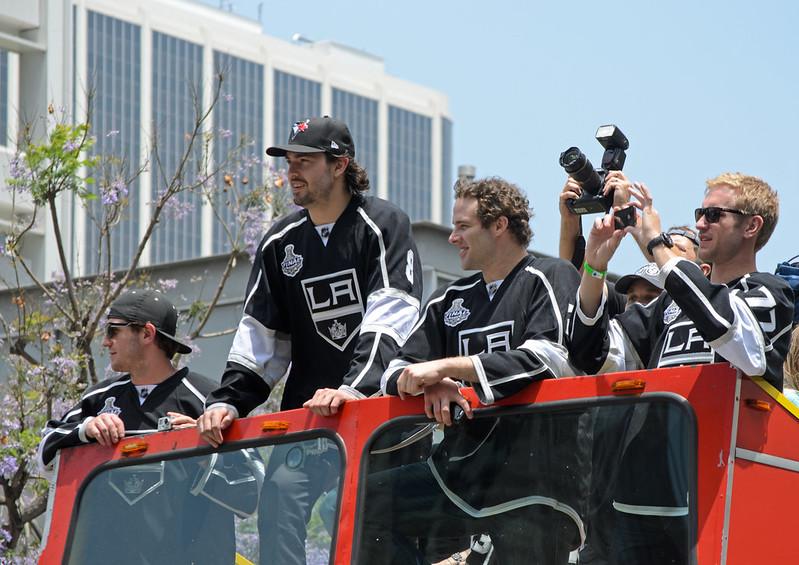 Looking for more on the Hottest NHL WAGs? Checkout our full roundup article and share us your thoughts on our list.