Grace Putman is the lovely girlfriend of NHL player, Chris Kreider –whom we know best as a player with the New York Rangers.

Grace’s NHL beau has been diagnosed with a blood clot. Kreider, who led the club last season with 28 goals, has recorded 11 goals and 22 points in 37 games this season. Also in 2016, he signed a four-year, $18.5 million contract extension with the Rangers.

Chris was born April 30, 1991 in Boxford, Massachusetts. He played hockey for Boston College, and in 2010 he won both the NCAA Championship, and a gold medal in the Junior World Championships in Saskatchewan.

Chris was selected 19th overall in the 2009 NHL Draft by the Rangers and made his NHL debut on April 16, 2012, in a playoff game for the New York Rangers. He scored his first goal that same year. 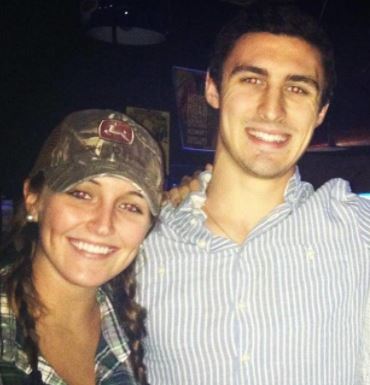 According to a team announcement, the winger will be out indefinitely. Luckily for Chris he’ll have pretty Grace Putman by his side.

Kreider’s support system includes parents, Kathy and David Kreider and also sister, Katie Kreider. And if Grace Putman is really his girl, there’s no doubt she will also be there for him. However, not much about Miss Putman can be found.

According to Fabwags, the two may have dated in the past but is not clear if they are together in present times or even if Chris is in a current relationship with some other lady. As you may have noticed he likes to keep his private life out of the spotlight and even his social media is set to private.

Girlfriend or no girlfriend, we wish him a speedy recovery.