Anastasia Shubskaya is the stunning wife of NHL star, Alex Ovechkin –currently serving as the captain for the Washington Capitals.

Anastasia’s hubby began playing in professional Russian hockey leagues at the age of 16. He was born September 17, 1985 in Moscow, Russia as Alexander Mikhailovich Ovechkin.

The All-Star winger, became the eighth player in NHL history to win the Hart Trophy for league MVP three times in 2013. Three years later in 2016, he became the fifth-fastest player to score 500 career goals as well as the first Russian player to tally 500 career goals. He won his first Stanley Cup Championship with the Washington Capitals in 2018. 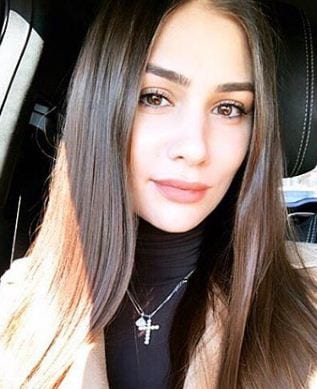 Alex has been happily married to model wife, Anastasia Shubskaya since 2016.

The stunner who also hails from Russia, was born November 16, 1993. She is the daughter of a Russian actress Vera Glagolev and her father, Kirill Shubskiy is in the shipbuilding business, according to Russian Machine Never Breaks.

She attended the Gerasimov Institute of Cinematography and has also landed a few acting roles.

Anastasia certainly enjoys the perks of being married to an NHL star player. The $ 14 million a year salary of her husband, allows her to live a life of luxury without having to move a finger.

However the NHL wag keeps busy with her modeling engagement and has also expressed a desire in producing her own magazine shoots. In addition, the couple welcomed their first child last August. Anastasia gave birth to a boy, Sergei –on August 18, 2018. Is safe to say she is busy at home with a new baby.