You are here: Home / NFL / Who is Zay Jones’ Girlfriend?

Zay Jones, the professional football player whose full name is Isaiah Avery Jones and plays for the Buffalo Bills, is apparently single.

Zay is a wide receiver who played college football at East Carolina and was selected by the Bills in the second round (37th overall) of the 2017 NFL Draft. Last May he signed a $6 million contract.

Zay Jones is the son of a former NFL player, Robert Jones and his wife Maneesha Jones. The former NFL linebacker, Robert Jones, won two Super Bowl championships with the Dallas Cowboys during his 10-year career.

Jones began to grab headlines for his collegiate play for East Carolina, with whom he finished his career in 2016 as the NCAA Division I career and single season receptions leader in 2016. He appeared in every game as a true freshman for East Carolina University in 2013. He finished as a finalist for the 2016 Biletnikoff Award for the nation’s best wide receiver.  He set an FBS record with 399 career catches and broke the single-season reception mark with 158 catches in his final season. 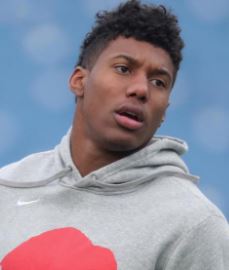 During his rookie season, he struggled in attempting to take over the Bills’ No 2 receiver spot. He finished tied for third on the team with 27 catches and fourth with 316 yards. He also scored two touchdowns.

Following the season, Jones revealed he played part of the year with a torn labrum and had surgery to repair the injury in January. 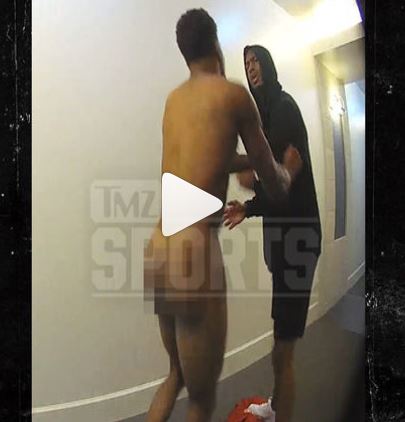 Police arrived after reports of a disturbance in Downtown L.A. When the officers arrived, they found Jones “breaking glass doors and windows” and arrested him on suspicion of felony vandalism. A video of the episode surfaced –where a nude Zay can be seen and his brother trying to calm him down. A female also briefly appears and then a ****** window.

It is not clear who the woman is and there is no indication of a female presence in his life at this moment. Reports also added Caleb Jones was trying to prevent Zay from jumping out of a 30th floor window.