You are here: Home / NFL / Who is Seattle Seahawks Derrick Coleman Jr. Girlfriend? 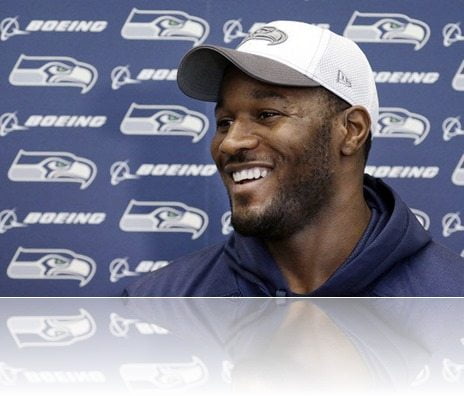 Derrick Coleman Jr. the young running back with the Seattle Seahawks is an admirable man, not just because he is a fantastic football player, but because his humbleness, valor and faith in God sets an example for everyone, no matter what age they are, genre or nationality, I bet his family is proud of him everyday, and what about  his girlfriend? Does Derrick have a girlfriend? 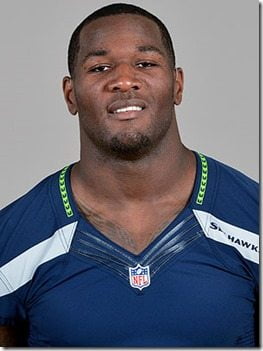 23-year-old Derrick Lamont Coleman Jr was born on  October 18, 198=90 in West Los Angeles, California to Derrick Coleman and May Hamlin. Derrick has one sister Tenisha and a brother Keyon 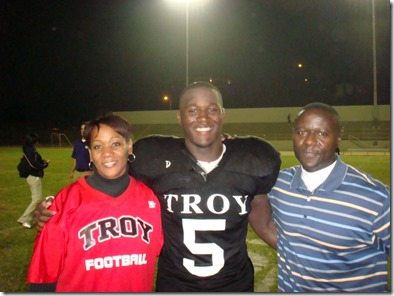 Coleman was three when his parents noticed he didn’t always respond to things they or anyone else told hi,m, his speech was slow to develop too, they took him to the doctor and that was how they found Derrick was losing his hearing, the reason they got was that because both Derrick Sr. and Mrs. Coleman were missing hearing genes, the combination of the two resulted in the absence  of the hearing gene for Derrick. 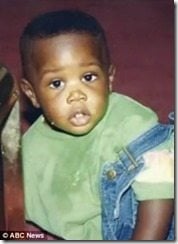 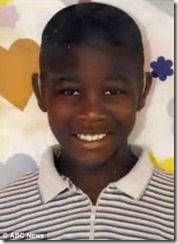 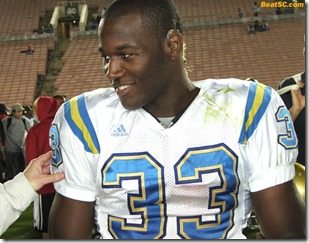 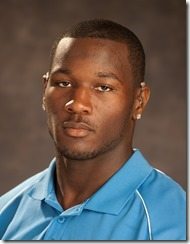 Ever since derrick Coleman wears hearing aids, he never fought it and how used to them, the only time the hearing aids became a problem was when he began to play football, the sweat affect their performance and if he got hit they would fallout. 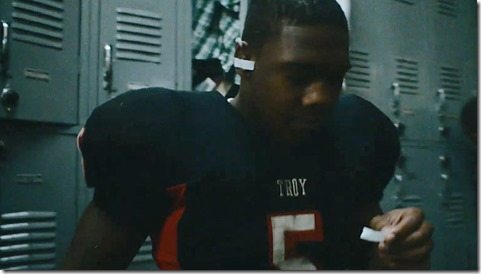 “At first my mom just cut up her pantyhose and I used ’em like a bandanna,” he said, laughing at the memory. “Then we tried a weave cap. It’s like a hair net. Finally we started using the skull caps.”

Being hearing impaired  has never been an issue for this amazing  player after he graduated from Troy High School he went to UCLA, he graduated with a major in political Science.

The Vikings signed him as an undrafted free agent in April, 2012, and was waived four months later, The Seahawks signed him in by the end of 2013. 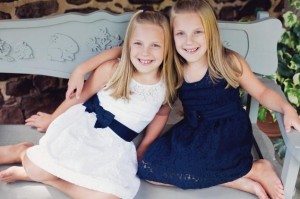 He received a letter from Riley Kovalcik, a 9-year-old girl who is  hearing impaired like Derrick Riley uses hearing aids and so  does her twin sister Erin. 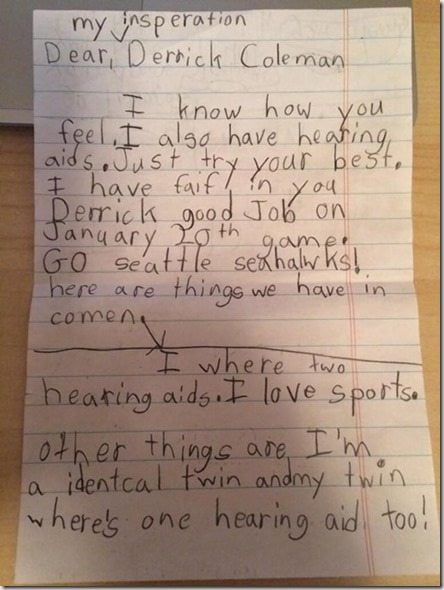 Derrick, took the time to respond the letter.. 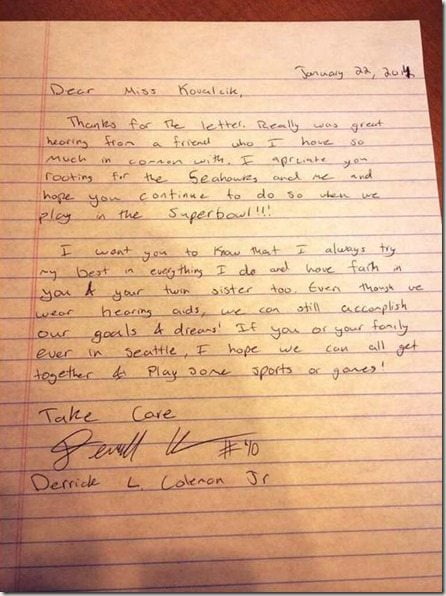 Very heartwarming! this remind me of a quote I  find very inspiring..

“for every disability you have, you are blessed with more than enough abilities to overcome your challenges.”

This is  a quote  from Nick Vujicic.

As far as we know Derrick Coleman Jr. doesn’t have a girlfriend, he is very much single.