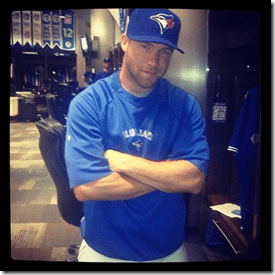 At only 27-years-old WR Julian Edelman is called the “old man” “the old guy in the system” And some think he might have been getting too comfortable with that tittle, but think again. Edelman who has played all his professional life for the Pats; has emerged as the Patriots’ leading receiver this season — and not just the most tenured — is a stunning development that’s germane to the NFL on another level, usatoday reported.

Edelman was a quarterback at Kent State. He entered the NFL in 2009 in long-shot territory as a seventh-round pick. He is the only Patriots receiver or tight end not to miss a game this season. That might have been as critical as any component in developing the consistency that coincides with Brady’s trust.Offensive coordinator Josh McDaniels said, “I just see a guy that’s driven to be a great player” “He’s capable of playing on the perimeter, and he has. He’s also unselfish and will do whatever we ask of him in any role — whether that’s to be a clear-out guy, block the secondary in the running game, whatever it may be.” 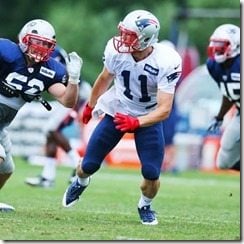 We are happy to hear our Chuck Norris bearded like WR is finding his way back and claiming his position; so we have to wonder, about his personal life. We know he has been dedicating his full attention to the game but could it a special someone in there?

He has come a long way, form his assault charge at a 2011 Halloween party to his John Varvatos.com modeling days. Do you think he is ready for a committed relationship? Is he already in one? 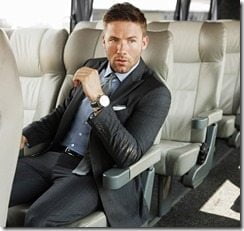 Being five years in NFL, Edelman is most likely accustomed to be compared to other players but if I were him, I woulnd’t worry that much; he definitely has a career in modeling! The Californian boy looks good in a suit and that is also good for the ladies!