You are here: Home / NFL / Who is NFL Rashad Jennings’ Girlfriend?

Rashad Jennings, the Giants’ running back and eight-year NFL veteran, is still doing his thing out there. Despite injuries the 31-year-old is still contributing effectively to a playoff-bound Giants team.

Born Rashad Andre Jennings on March 26, 1985 to Albert and Deborah Jennings; he was once a chubby kid with asthma, who in high school didn’t see the field until his junior year.

Rashad played high school football at Liberty Christian Academy in Lynchburg, Virginia. He spent one year at the University of Pittsburgh before transferring to Liberty.

After one season at Pitt, he transferred to Liberty University in the NCAA FCS division, where he set a conference rushing record. Then, at the 2009 Draft, he was selected by the Jaguars in the seventh round, with the 250th pick.

He hasn’t looked back since. He has rushed for over 3,000 yards, scored 20 touchdowns, and — as the nine-win Giants push toward an NFC Wild Card spot — stands on the verge of his first playoff game.

Though the guy might not have the best numbers we’ve got to remember the league gets younger and careers shorter, however Jennings has worked hard to remain current.

He began his NFL career by playing four seasons with the Jacksonville Jaguars before signing with the Oakland Raiders and New York Giants. 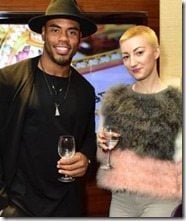 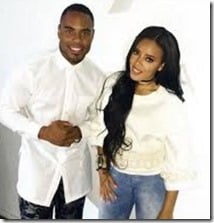 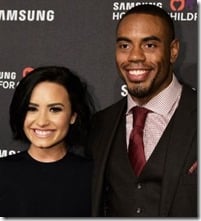 Jennigs is thought to be currently single, but with professional athletes you never know.

Accoridng to a Valentines day article, Jennigs is a self-proclaimed helpless romantic. He is also very secretive about his love life. He revealed for the article he had a top-secret Valentine’s Day planned for his date. So secret, that the itinerary for his day of romance and chivalry couldn’t be revealed. He shared his thoughts about the special date saying

“I never miss Valentine’s Day,” “It’s the world’s excuse and reason for showcasing chivalry and expressing you’re sentiments and love for another person.”

He also gave Valentine’s Day advice for the single guys out there looking for love:

“You always find what you’re looking for,” “I think it’s important to keep in mind that you should be thinking about the recipient of whatever you’re doing, more than yourself.”

Earlier this year it was reported he and Angela Simmons might have gotten engaged. Accoridng to Hip Hollywood photos of Jennings and Simmons attending a fashion show together suggested he could be the one after she had announced her engagement in previous posts but never revealing his identity.

Still, the question remains, who is NFL Rashad Jennings girlfriend?

Do you know something we don’t? Share it below!