You are here: Home / NFL / Who is Marshawn Lynch’s wife/girlfriend?

Marshawn Lynch the NFL player whom you know as a raging force in the Seahawks lineup will be no more. Reports say the 31-year-old has reached a deal to play with a new team.

Lynch has been traded to the Raiders. Following a one-year-absence the Oakland native and Cal product has decided to return to the NFL and is headed to the Oakland Raiders .

Several reports confirmed Oakland agreed to pay Lynch $3 million base on a two-year-deal, with a chance to make $2 million more if he gains 1,000 yards.

Lynch played college football at the University of California, Berkeley, winning Pac-10 Player of the Year in 2006. He then was drafted by the 12th overall by the Buffalo Bills in 2007, then traded in 2010 to the Seattle Seahawks where he began to flourish and develop his notorious Beast Mode playing style.

The 5 ft 11 in player is well remembered for his 67-yard touchdown run against the New Orleans Saints in the 2011 playoffs –which solidified his place as one of the toughest running backs. 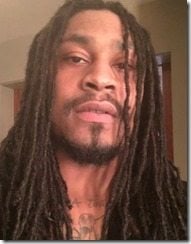 Born Marshawn Terrell Lynch on April 22, 1986, the California native was born to mother Delisa Lynch and is one of three siblings.

Lynch who enjoys fishing and reading is apparently single. It appears he is one of those cases that exemplifies, you really can’t have it all in life. While successful in his career, the 31-year-old is yet to walk the isle.

He has failed to get himself someone to call wife –which makes it very strange to think he hasn’t taken advantage of his NFL star status position, like most do –in order to date like there’s no tomorrow. 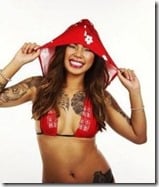 To be fair, he has tried to get into the dating world. About to years ago he was linked to **** model Charmaine Glock. Aside from being single he’s also been in trouble with the law, which in itself, doesn’t help his dating game at all.

In 2008 he pleaded guilty to a hit and run and four years later he was arrested for a DUI.

Will beast mode ever find true love? Comment below!