Who is Joey Bosa Dating Now?

In this Article hide
Who is Joey Bosa Dating Now?
Bosa Brothers NFL
How Many Bosa Brothers Are There?
Are the Bosa Brothers related to Tony Accardo?
Tony Accardo Family
Bosa family
Joey bosas Mum Cheryl Bosa
Joey Bosa Rookie Year
What is Joey Bosa Net Worth?
Joey bosa contract
Top 5 Facts about Joey Bosa
1. He is close to his family
2. His brother is Nick Bosa
3. He dated in college
4. He is good with kids
5. He is active on social media
Nick Bosa Girlfriend Jenna Berman

Joey Bosa, the NFL player you know as a defensive end for the Los Angeles Chargers may be a real star on the field but is he hanging out solo, off of it?

Bosa won the inaugural College Football Playoff National Championship as a member of the Ohio State Buckeyes in 2015. He was selected third overall in the 2016 NFL Draft by the San Diego Chargers. He was named AP Defensive Rookie of the Year in 2016-17.

Want to know about the bosa brothers who are smashing it in NFL? Read on to find out about them.

How Many Bosa Brothers Are There? 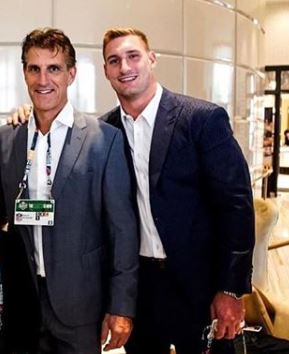 There are two Bosa brothers: Joey and Nick Bosa.

Are the Bosa Brothers related to Tony Accardo?

Accardo’s family has a long history of being in the NFL. Accardo’s son-in-law, Palmer Pyle played for Minnesota Vikings, Oakland Raiders, and Baltimore Colts. Pyle’s son Eric played for Miami Dolphins. Eric’s son played for the Buffalo Bills who is Jake.

Cheryl Kumerow Bosa is the daughter of Palmer Kumerow Pyle, who was the American Football Guard. Joey Bosas Mum, Cheryl is the sister of Eric Palmer Kumerow who played for the Miami Dolphins.

Bosa’s father is John Bosa who played for the Dolphins as the defensive end.

Joey Bosa began his career in 2016 where he played 12 games in his first year exceptionally well. He celebrated his rookie year with a forced fumble, 41 tackles, and 10.5 sacks.

What is Joey Bosa Net Worth?

Bosa’s networth is estimated to be around $14 million.

You probably already know all about Joey’s football stuff, but what about his personal side?
The 25-year-old is keeping quiet about the details of his romantic life and is not clear if there’s a special lady around.

Though it may appear as if he is single, with professional athletes is hard to tell. He may be in the early stages of a new relationship, who knows. So instead, let’s focus on some of the facts that make him quite the catch.

1. He is close to his family

Joey is the son of John and Cheryl Bosa. His father, John, was a first round draft pick of the Miami Dolphins in 1987. His uncle Eric played football at Ohio State. Joey often posts images hanging out with his family on social media; in his over 500 photos on the social media platform he remembers to post memorable moments with his parents, which is something not many do.

2. His brother is Nick Bosa 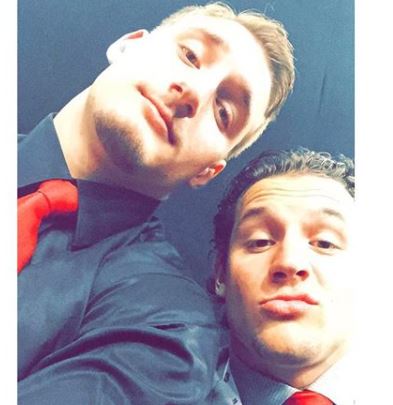 His younger brother, Nick Bosa is also an NFL player, currently signed with the San Francisco 49ers. The younger Bosa was born October 23, 1997.

Nick was a five-star recruit while playing high school football at St. Thomas Aquinas in Fort Lauderdale, Florida.
He was a unanimous First Team All-Big Ten and the Smith-Brown Big Ten Defensive Lineman of the Year as a sophomore at Ohio State University. Nick made his NFL debut with the San Francisco 49ers in 2019 and was named 2019 NFL Defensive Rookie of the Year.

3. He dated in college

The two were still an item around 2013, however long distance may have played a role in their break up. While Bosa attended Ohio State University, Josie who is originally from Boca Raton, Florida; attended the University of Florida. 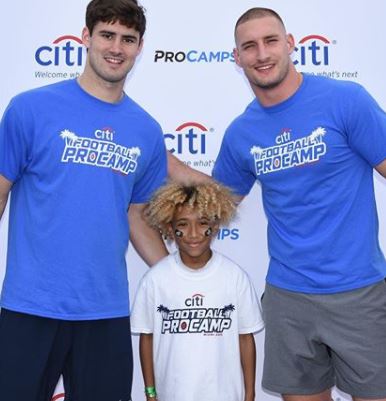 5. He is active on social media

Bosa like most NFL players is into social media and is active on Twitter and Instagram -where he has over 400k followers. He is quite good at updating his feed however, Bosa’s social media doesn’t show any signs of romance.

You can check out Joey Bosa autographed rookie card here.

Here is a quick glimpse about Nick’s girlfriend, jenna berman tik tok model. She is very popular and is a supermodel who is known for her striking looks and personality. She has 1.1 Million followers on Tiktok and 274k followers on Instagram.

Curious to know about the wags of other NFL players? Check them out here.