You are here: Home / NFL / Who is Austin Seferian-Jenkins’ Girlfriend?

Austin Seferian-Jenkins, whom you may recognize as a football player and current free agent, happens to be single.

The 27-year-old however, may be having other worries in his mind and we don’t mean the coronavirus. According to reports, Seferian-Jenkins was high, drunk and speeding when officers arrested him for DUI earlier this month. As a result, he was charged with one count of DUI, one count of driving with a suspended license and one count of operating a vehicle without an ignition interlock device.
This isn’t the first time Austin Seferian-Jenkins gets in trouble with the law. In fact, he had a previous DUI back in 2013 and then another in 2017 for which he was suspended for two games. In 2013, Seferian-Jenkins was sentenced to one day in jail after pleading guilty to a drunken driving charge before his final season of college football. 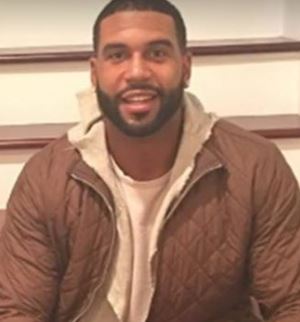 He turned down offers from elite programs such as Alabama, Miami (FL), Notre Dame, Oklahoma, USC, and Texas to stay in Washington for his college career. He was the 2013 John Mackey Award winner for College Football’s Most Outstanding Tight End as a member of the University of Washington Huskies.
He was then selected 38th overall in the 2014 NFL Draft by the Tampa Bay Buccaneers. He then spent playing time with the New York Jets back in 2016. He last played in an NFL game in 2018 with the Jacksonville Jaguars.
Seferian-Jenkins was most recently a member of the New England Patriots. The Pats signed him last April but released him in June. He didn’t play for any team during the 2019 NFL season.

The NFL tight end has certainly had his ups and downs, judging from his social media there aren’t any ladies by his side.