You are here: Home / NFL / Who is Alvin Kamara’s Girlfriend?

Alvin Kamara, the NFL player you probably recognize as a running back currently playing for the New Orleans Saints, is single?

Born July 25, 1995; the Georgia native was born to a Liberian mom who raised him as a single parent.

He began his football career at Norcross High School where he earned Georgia Mr. Football honors from the Atlanta Journal-Constitution.
He then went onto play college football for the University of Tennessee Volunteers.

Alvin was drafted by the New Orleans Saints in the third round of the 2017 NFL Draft. Kamara enters his fourth season as the feature back for the New Orleans Saints and will be looking for more scoring production after recording only six total touchdowns in 2019 after scoring 13 and 18 times, respectively, in 2017 and 2018. Kamara is the only Saints running back named to the Pro Bowl three times.

You probably already knew all about the football stuff, but what about Kamara’s personal side? Is he currently dating anybody? Truth is, with professional athletes is hard to tell. Let’s focus instead in some of the facts that make him potentially good boyfriend material.

Kamara is pretty special about his locks, the running back tweeted

I had a dream I cut my hair…. I cried

During an interview in 2018, he even wondered if his appearance hurt his draft stock. He said at the time, he wondered if he could have been drafted higher than 67th overall if he’d bent to some teams’ suggestions that he alter his appearance, getting rid of his deadlocks and nose ring.

2. He has famous friends 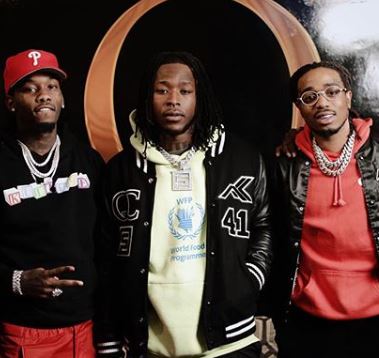 Alright so Kamara is famous enough, but most NFL players stay within the same circle. However Kamara seem pretty close with entertainment personalities such as the guys from Migos. He also seems to get along with Ric Flair.

3. He is active on social media

Kamara often updates his feed on Instagram where he has over 967k followers. In addition to football stuff, he also likes to post standing next to cool cars, striking a pose or simply hanging out with friends.

Kamara has his own page where he invites fans to get to his story. The website says ‘Follow my journey from All-American through to my tough college times, to being overlooked in the draft to a breakout star.’

It offers a glance into his early life, college career and NFL career.

5. He used to date a stripper

The running back used to be in a relationship with New Orleans-based stripper by the name ‘Just Ice.’ Last year the to got into an argument and Just Ice took to her Instagram Story to vent. She tried to backtrack, but the damage had been done. She basically embarrassed the NFL player by putting the size of his manhood on blast.
The two apparently split ways this past summer, when Alvin tweeted

sometimes you gotta let go of the things you love… BYYEEE