You are here: Home / NFL / Who is Tyler Lockett’s Girlfriend?

Tyler Lockett, the NFL wide receiver and return specialist we know currently as member of the Seattle Seahawks, is quite the catch!

Tyler who grew up in Tulsa Oklahoma, was born September 28, 1992. He followed into the footsteps of his football playing dad, Kevin Lockett –who played football at Kansas State and became the leading receiver in school history.

During his high school days, he was a key member of three state high school championship teams. He was also a star basketball player in high school, winning the State Championship in 2011 and being named to the All-Tournament Second Team. 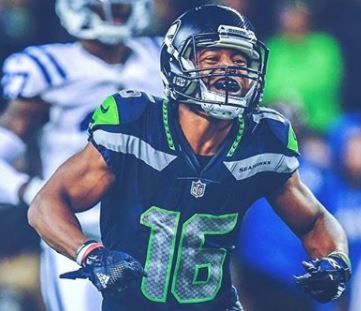 Lockett played nine games as a true freshman at Kansas State in 2011 before suffering a lacerated kidney against Oklahoma State that shut him down for the year.

He was both a 2011 All-American & 2014 College Football All-America Team consensus All-American selection. He was drafted by the Seahawks in the third round of the 2015 NFL Draft. 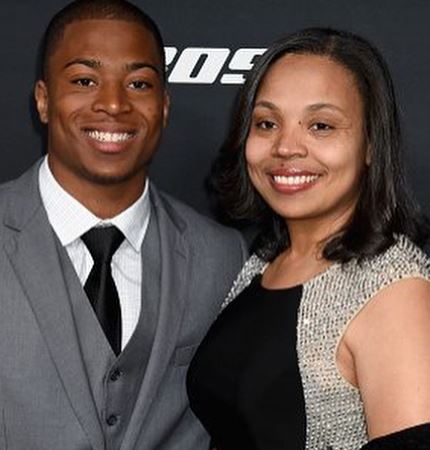 For the time being, Tyler Lockett seems to be apparently single, however with professional athletes is always hard to tell. For those interested, Lockett isn’t only a rising star in the league, he is also a man of faith as well as family oriented. On Instagram he writes ‘I love God! I love my family!’

The Seahawks’ 5-10, 182-pound receiver is said to be deeply religious. With all these qualities going for the 25-year-old, we predict is only a matter of time for him to find the right wag.

For now, it appears the only woman in his life would be his lovely mother, Nicole Edwards.