Trina Taylor is the mother of NFL quarterback Tyrod Taylor for the Buffalo Bills. He signed a six-year contract extension with this team on August 12, 2016, worth $90 million, receiving even more with incentives. Let’s learn more about Trina on the facts below!

1.      Trina’s son excelled during his first season as starter and will be staying in Buffalo, even though this wasn’t necessarily the main idea at the beginning.

3.      Trina is one proud mama: her son’s confidence and perseverance in himself paid off on the field.

4.      The Taylors’ son is known for his dual-threat capabilities.

5.      Trina supported Tyrod while he played quarterback, safety, and returned kickoffs and punts at Hampton High School in Virginia. His parents still travel to watch him play.

6.      Mrs. Taylor’s son was the ACC Championship Game MVP as a sophomore in 2008, leading the Hokies to victory over Boston College.

8.      Mrs. Taylor has been always cheering Tyrod since he was a young with his big aspirations for the future, encouraging him with phrases like “just apply yourself”.

9.      For Trina, it was important to keep her son’s attitude as well as his grades up.

10.  Tyrod’s mama taught her son to remain humble all the time because, according to him, “the football stuff can be taken away at any minute”, also remembering he was “an easy going kid”. 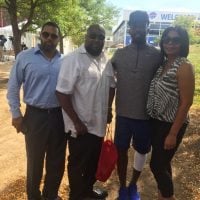 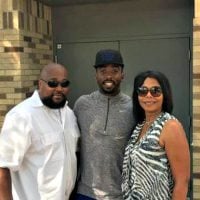 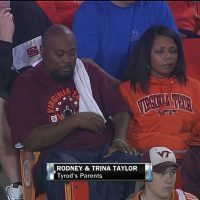