Drew Brees, the NFL quarterback known for his fantastic career with the Saints, has officially announced his retirements.

After spending 20 seasons in the NFL, Brees let the world know he is retiring to begin a new chapter in his life by joining NBC sports.
In his announcement on Instagram, he wrote, ‘I am only retiring from playing football, I am not retiring from New Orleans. This is not goodbye, rather a new beginning. Now my real life’s work begins!’

He leaves with a Super Bowl win and the league’s all-time leader in passing yards and completions.
42-year-old Brees certainly enjoyed one of the best careers we’ve seen in the history of NFL, and for that you need to check out ten of his career highlights. 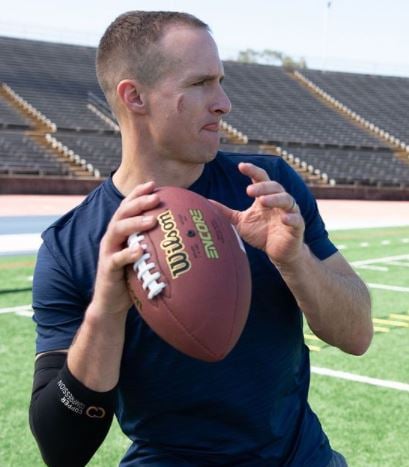 1. He lead his high school team to a state championship

2. He made it to the Rose Bowl and set Purdue career passing records

Brees led the Boilermakers to the Rose Bowl after the 2000 season, their first appearance in the premier bowl game since the 1966 season. Purdue fell 34-24 to Washington as Brees completed 23-of-39 passes for 275 yards with two touchdowns.
Brees owns Purdue career records with 1,062 completions in 1,678 attempts for 11,792 yards and 90 touchdowns. He was the Big Ten Offensive Player of the Year in 1998 and 2000, and the Maxwell Award winner in 2000.

3. First year with the Saints

In his first year in New Orleans, Brees reversed the fortunes of a team that had gone 3–13 the previous season, leading the Saints to a 10–6 record in 2006 and a berth in the National Football Conference (NFC) championship game.

The Saints hoisted the Lombardi Trophy after the 2009 season with a 31-17 victory over the Indianapolis Colts in Super Bowl XLIV. Brees completed 17-of-31 passes for 197 yards and three touchdowns, earning game MVP honors.

On October 2012, Brees’ 40-yard TD pass to WR Devery Henderson extended his streak of consecutive games with a touchdown pass to 48 games.
At the end he had a historic 54-game streak, a remarkable record that likely ranks among the most unbreakable in NFL history. 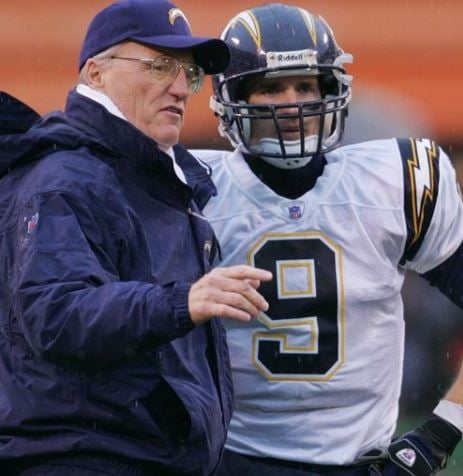 7. Drew Brees passes for 7 touchdowns in a game

On Nomeber 2015, with 36 second on the clock, Brees connected with RB C.J. Spiller for a 9-yard TD, tying the record with 7TD passes in the game vs the Giants.

Brees became the NFL’s career passing yardage leader in 2018 in a big way, on a 62-yard touchdown pass to Tre’Quan Smith. He eclipsed the 71,940 yards thrown by Peyton Manning. Brees finished with 80,358 yards.

He threw an interception to the Philadelphia Eagles on the first snap of the game. Next drive was a 3-and-out. The Eagles responded to both with touchdowns and a 14-0 lead in the opening 10+ minutes.
The Saints responded, closing the deficit to 14-10 by halftime and winning 20-14. Brees completed 28-of-38 passes for 301 yards and two touchdowns.

Brees’ 20th straight completion in the game against the Indianapolis Colts late in the 2019 season produced his 540th career passing touchdown, passing Peyton Manning’s record.
Brees held the record coming into 2020 and later fell behind Tom Brady in the career count, 581-571.