Amanda Beckham is the lovely wife of former NFL player, Tony Beckham –who is said to have beat up a man.

Tony Beckham spent five years in the NFL, retiring in 2007. Born October 1, 1978; as Antonio Dwight Beckham –he was a Division I caliber athlete coming out of Forest High School near Orlando, Fla.

He attended Wisconsin–Stout –where he played college football. While at UW-Stout, Beckham was a three-time All-WIAC defensive back, a two-time All-American, earning the right to play in the Blue-Grey All-Star game, the first Division III player since the 1980s.

He was drafted in the fourth round in 2002 by the Tennessee Titans. He was there until 2005 and played for the Lions in 2007, his final NFL season. 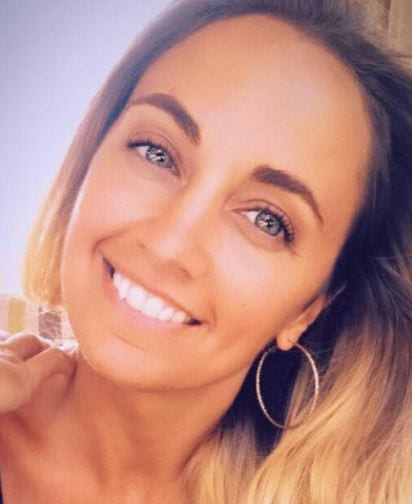 After his five-year National Football League (NFL) career –Beckham settled in Nashville, Tenn., -where he was a defensive back coach at Tennessee State University in 2009-10. During the 2010 season, Beckham moved to the high school scene where he was an assistant football coach and boys head soccer coach at Whites Creek High School.

40-year-old Beckham is currently a Florida resident –after he took a coaching job at Westwood High School in Fort Pierce, Fla.

He and wife Amanda Beckham are the proud parents of four kids, three daughters, Arianna, Aubrey, and Alana, and a son, Ty.

Amanda is a proud stay at home wife and mother, she is active on social media and writes on her Facebook bio, “Dare to Live the Life you’ve always wanted”

Regarding the recent incident the wife and mom of four, posted on FB “He has always been our Super Hero❤️ ??‍♂️?!! Just now everyone else knows!! He is a DAD that his natural instincts kicked in and protected his family!!Stand up to sexual predators!!”