Susanna Baumann is the younger and stunning wife of NFL legend, Cris Carter.

Susannna’s hubby is an NFL hall of famer widely know for having a stellar NFL career spanning 15 years, including 12 years with the Minnesota Vikings.

Born Graduel Christopher Darin Carter on November 25, 1965; the Ohio native played college football for the Ohio State University Buckeyes, and was drafted by the Eagles in the fourth round of the 1987 NFL supplemental draft.
The former wide receiver made a name for himself playing with the Philadelphia Eagles, the Minnesota Vikings and the Miami Dolphins.

After retiring in 2002, Cris was a studio analyst for HBO’s Inside the NFL from 2002-2007. He later joined ESPN. Cris has also hosted an NFL show on Sirius Satellite Radio during the season, and serves as the NFL expert analyst for Yahoo Sports. In addition, he’s been the First Things First co-host at Fox Sports since 2017.

In a few words, Cris doesnt need much of an intro. You already know what the former NFL star turned sports analyst, is all about. However, his stunning wife, Susanna Baumann is quite the mystery. 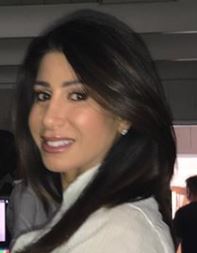 For starters she is his second wife. Carter is the father of two grown kids; daughter, Monterae and son, Duron Carter -with first and now former wife, Melanie Carter.

Susanna Baumann who was born Susanna Harutunian, was previously known as Sue Baumann and now Sue Carter -was still married when she and Carter had an affair back in 2013.
She and ex-husband David Baumann reportedly kissed their marriage goodbye following the affair.
The black haired stunner and Carter came to be after they both worked together at ESPN. Susanna is a make-up artist who was eventually fired from ESPN in 2015.
Though she lost her job, Susanna Baumann certinaly gained a new man. She and Carter tied the knot in 2018.