Gabrielle Glenn is the loving and supportive NFL wag married to Patriots corner back, Stephon Gilmore –the two have been married for a few years now, get to know Mrs. Gilmore below.

Gilmore was originally drafted by Buffalo in the first round (10th overall) of the 2012 NFL Draft. And signed by the Patriots as an unrestricted free agent from Buffalo in March of last year. That means Gilmore will attend his first Super Bowl this Sunday. Probably just as excited as he, is the beautiful Gabrielle Glenn, Gilmore’s gorgeous wife. 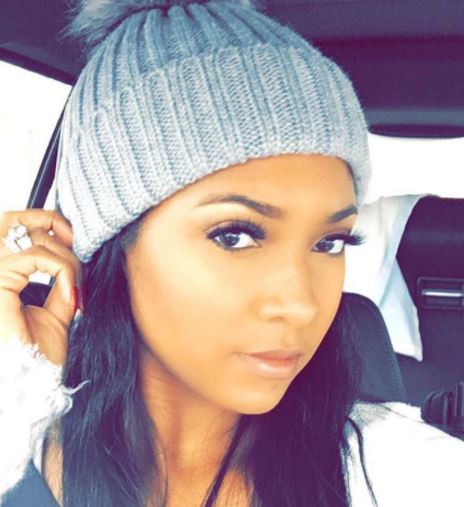 Gabrielle Glenn isn’t your typical NFL wag, in fact she is an athlete herself with her very own success. Gabrielle Alise Glenn was born January 28, 1989 to parents Gregory and Jacqueline Glenn. The Charlotte, N.C. native attended Providence High school where she lettered in tennis, track and basketball.

The star track athlete chose to attend USC –where she and Stephon met –over Virginia Tech, Virginia, Georgia, Hampton and Indiana. 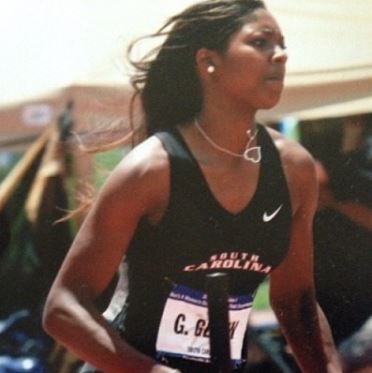 During her four years at University of South Carolina, Gabrielle Glenn won numerous medals; she was an NCAA Outdoor All-American in the 4x100m and 4x400m relay during her junior year. In 2009 she was a NCAA Indoor and Outdoor All-American in the relays. In 2010 the Indoor and Outdoor NCAA participant was also a SEC silver medalist in the 4x400m relay indoors and 4x100m relay outdoors. Check out her full profile here.

Following a few years of courtship, they became husband and wife on July 2014 at Ballantyne Hotel.

Since becoming a married woman who now goes by Gabrielle Gilmore, the collegiate sprinter has traded her sprinting equipment for baby bottles. The couple are the proud parents of two young children. Gabrielle first gave birth to the couple’s first child, son Sebastian Gilmore in 2015. They became second time parents after the birth of baby girl, Gisele –who will turn one next month.