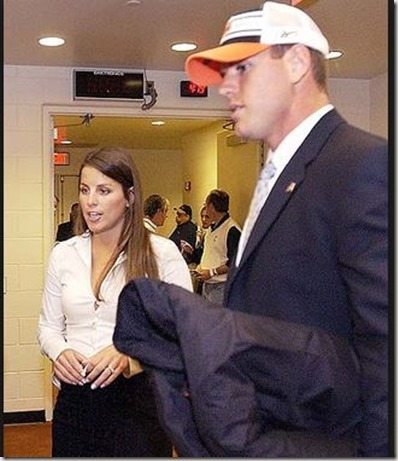 Shaelyn Fernandes has been happily married to NFL player Carson Palmer for the past 11 years. We hear about her hubby’s news all the time, like for instance: the 34,year-old hasn’t played since suffering an injury to a nerve in his throwing shoulder in week one, last Friday was the first time Palmer took snaps in 11-on-11 sessions at practice since the injury and then he was expected to start for the Cardinals against Washington earlier this week; now according to reports and sports experts, he “didn’t look that rusty.”

According to a reports from Azcentral.com, Palmer operated efficiently and even made plans when things broke down, including a key third-down pass to Robert Hughes.

You see, her hubby obviously takes center fold but this time we want you to know more about lovely Shaelyn. 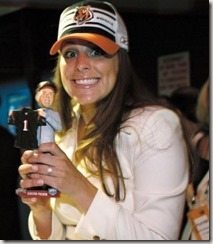 She was born Shaelyn  Fernandes on July 8, 1980. She grew up in San Jose and attended Presentation High School. She was probably drawn to sports because of her father, Chris Fernandes, who played baseball at Santa Clara. Shaelyn definitely understands that competitive nature in athletes which makes her a perfect match for her hubby. She continue her education at Southern California University where she played in the women’s soccer team.

That’s where she and her Carson first laid eyes on each other, they both attended the Freshman Athlete orientation and the rest is history. Now, who says football players cant be romantic, do not know Carson, back in 2003 he made sure about every detail of his proposal went right and did we mention he did it all on a day he had football practice, on a day NFL scouts had come by! But he had other plans in mind.

In an article from the L.A Times, Shaelyn describes the special day likes this

“When we got to the restaurant, we were taken outside to this single table overlooking the ocean. We had our own waiter and violin player. Everything was ready. When dessert came, it was under a cover and the waiter took the cover off and there was the ring.

But that wasn’t the end of it, Carson –having in mind his gal would like to have her family there for such an event –had arranged for Shaelyns parents to be flown to hi parents’ house. After dinner everyone was waiting for them. 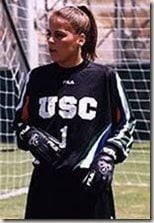 Shaelyn became Mrs. Palmer on July 5, 2003. Since then she has also become a mom. The couple are the proud parents of two children, she gave birth to twins and on January 20, 2009 they welcomed son Fletch and daughter Elle into the world.

According to her USC profile, the former goalie also enjoys skiing, snowboarding and tennis, she and her hubby are involved in charity events during the offseason.

Not much is known about Shaelyn these days, but between the twins and nursing her man back to health, she must be pretty busy.

There you have it! 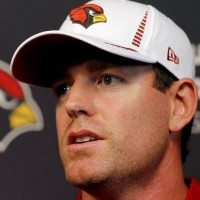 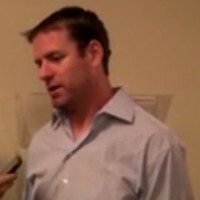 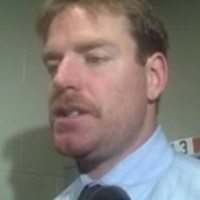