Wilma Willson is the lovely mother of Luke Willson, the Canadian football tight end for the Seattle Seahawks. Let’s keep learning about Wilma and her family on the facts below!

1.      Wilma’s hubby, Mike, played football at the University of Windsor and won eight championships while playing on a Senior Baseball Team.

2.      Mrs. Willson and her family are practicing Catholics who attributes their success in life to being part of the Catholic Church.

3.      Besides Luke, Wilma’s also a mama of twin brothers that played football at the University of Western Ontario.

5.      Wilma’s child also played Baseball for the Canadian National Team, and later got drafted by the Toronto Blue Jays of MLB.

8.      Wilma and her hubby travel all the way from LaSalle to see their son’s games.

9.      The Willsons take a Canadian flag to Luke’s games to represent their country. They also believe this brings good luck to the Seahawks. 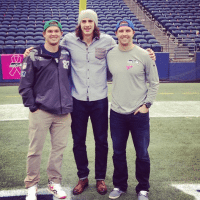 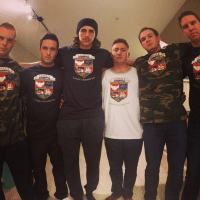 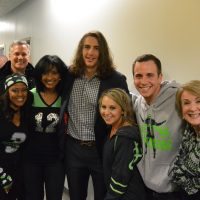