Ciara Princess Harris is a ‘Grammy’ award-winning American singer, songwriter, actress, and producer. She got immense popularity after the release of her debut song and album – titled ‘Goodies.’ During her teen days she was a part of ‘Hearsay’ and when the group disbanded; she started on a solo music career. Her career got a new dimension when she met Jazze Pha, he helped her sign a record contract with ‘LaFace Records.’ Stay logged in to Player Wives Wiki for more detailed information about Ciara. 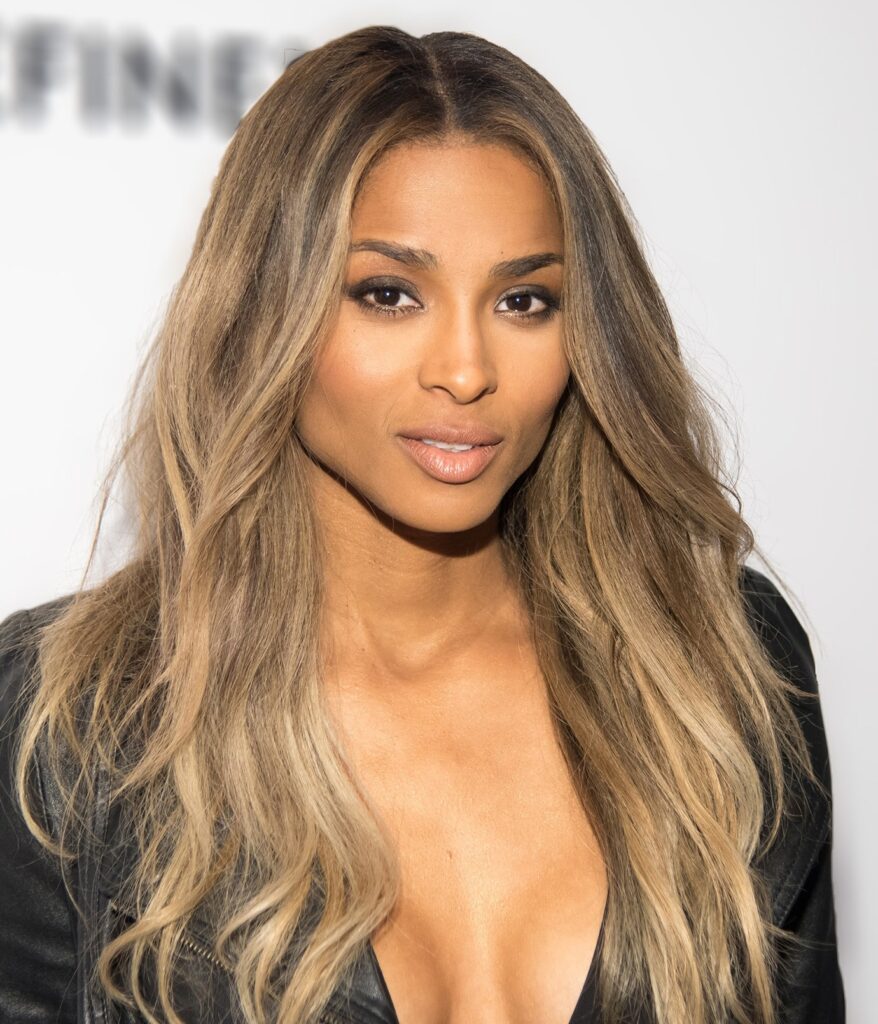 Ciara in her entire singing career has released 7 studio albums, 1 DVD, 1 promotional single, 1 extended play, 39 singles, including 10 as a featured artist, and 28 music videos, including 7 as a featured artist. In 2004, she launched her debut album titled ‘Goodies’, and the title song of the album – ‘goodies’ became a sensational hit commercially and critically, topping the ‘US Billboard Hot 100’ chart for seven weeks and reaching atop the ‘UK Singles Chart.’ After a couple of years, she again launched her second super hit studio album titled ‘Ciara: The Evolution. Though, sadly she failed to continue her success story with her next five albums – ‘Fantasy Ride,’ ‘Basic Instinct,’ ‘Ciara,’ ‘Jackie,’ and ‘Beauty Marks.’

Ciara tied the knot with famous football player Russell Wilson on July 6, 2016. Since 2015, the couple has been together and living a beautiful married life.

Ciara’s estimated net worth is $20 million. 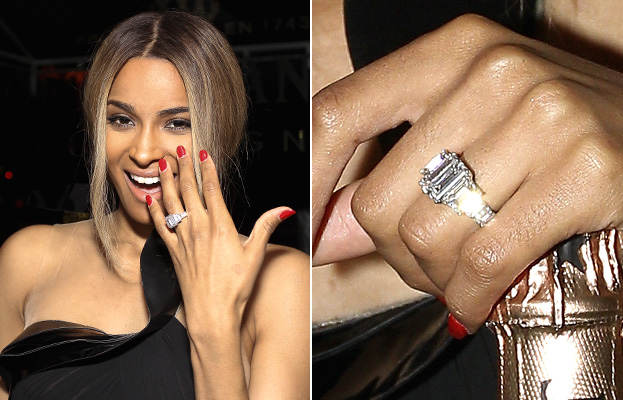 An engagement ring is simply a token of love between couples. Ciara’s ring is a custom ring made by the top jeweler in the world. ” Her ring is really one of a kind; it is a beautiful 16-carat diamond.” On the engagement day, Wilson gifted her fiancé –Ciara this sparkling ring which is estimated to be worth between $2 million to $2.5 million.“ 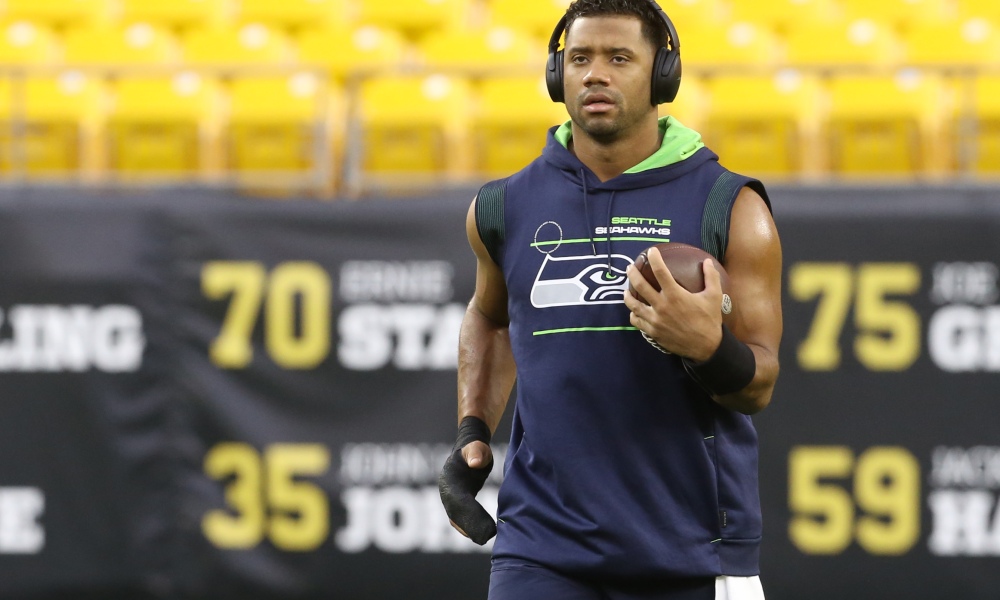 Russell Wilson’s wife, Ciara, is an American singer-songwriter. Before meeting Wilson in 2015, Ciara ended up her engagement to rapper Future in 2014, and she was already mom to son Future, her son and his ex-fiancé have the same name. On 28th April 2015, Ciara and Russell made their first public appearance as a couple at a White House State Dinner. During vacationing in Seychelles, the couple became engaged. And, after four months, on 6th July 2016, Ciara and Russell secretly tied the knot at Peckforton Castle in Cheshire, England.

Russell Wilson was born to his mother Tammy Wilson’s and father Harrison Benjamin Wilson III in 1988. His father was a football and baseball player at Dartmouth University. He was one of the few African American athletes on campus who helped in starting the first black fraternity in the university. After graduation, Harrison’s wished to try out for the NFL, but as he was accepted into the University of Virginia Law School in 1977, he decided to pursue law. He died on June 9, 2010, due to diabetes.

Anna Wilson is Wilson’s younger sister; she is eight and a half years younger than him. Anna participated in many competitive champions worldwide. She also achieved remarkable honors in her defensive position. Because of her outstanding sports career, she is been continuously supported by well-known brands and endorsements.

As per Wisconsin head coach Bret Bielema, for the 2011 season, Wilson was committed to Wisconsin on June 27, 2011. He performed excellently and was named first-team All-Big Ten by both the coaches and media at the end of the regular season. He also won the Griese-Brees Big Ten Quarterback of the Year award. Yahoo! Sports named Wilson a third-team All-American. He also finished 9th in the voting with 52 points for the Heisman Trophy.

Wilson set the record of the single-season FBS for passing efficiency (191.8). Also, he ended the season with 33 passing touchdowns. It was the second-most in Big Ten history behind Drew Brees during the 1998 season at Purdue. On January 28, 2012, at the 2012 Senior Bowl, Wilson completed his college football career

Have a look at this beautiful conversation between Wilson and Ciara.

Russell & Ciara Talk About Their Relationship From The Beginning! 😍 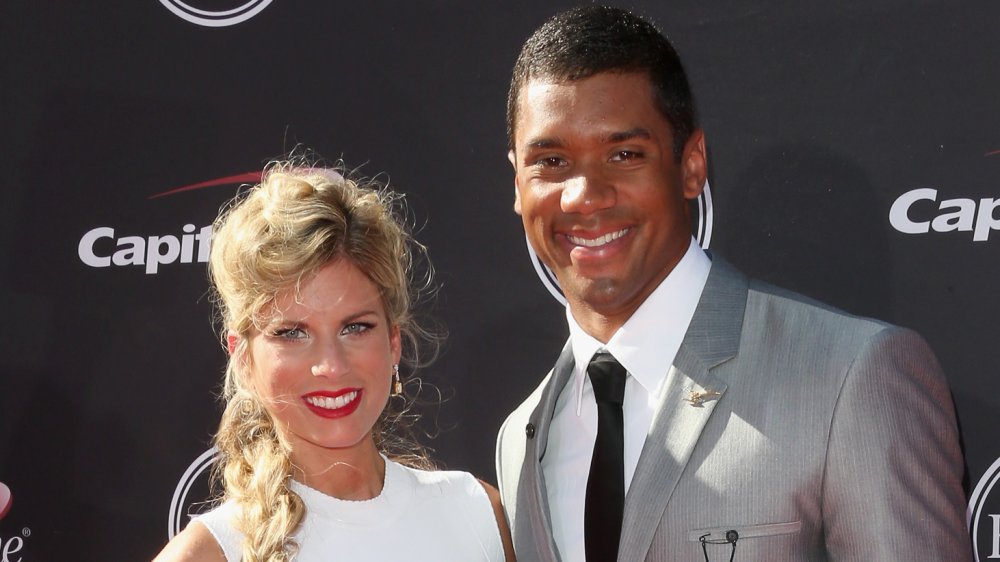 Wilson’s high school sweetheart eventually became her first wife. Wilson and his first wife Ashton Meem exchanged wedding vows at the Country Club of Virginia on Jan. 14, 2012. Wilson filed for divorce from Meem, in April 2014, after two years of marriage. The reason behind the divorce was Meem’s alleged affair with his teammate and friend, Golden Tate.

How Old is Russell Wilson?

Wilson and his wife Ciara have three children. Two of them are their biological children – Sienna Princess Wilson (daughter) and Win Harrison Wilson (son). He is also the stepfather to Ciara’s son Future Zahir Wilburn. 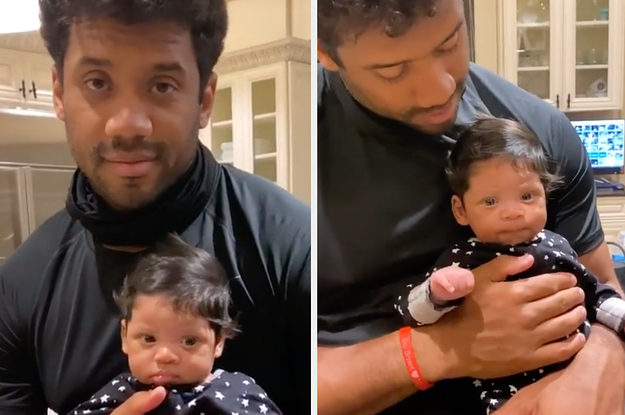 During the pandemic, the power couple the Seattle Seahawks quarterback, Wilson and wife Ciara, was blessed with their second child and they named their baby son Win Harrison Wilson.

Wilson is of mixed ethnicity as he has both African-American and Native American heritage.

Several sources said that Wilson was not pleased with the Seattle Seahawks, and this may influence the Seahawks to set trade offers for the superstar quarterback. However, this rumor  lost its creditability when through various sources it was concluded that “Russell Wilson isn’t getting traded.”

Wilson signed a four-year contract with the Seattle Seahawks; details of the contract include $140 million extensions that comprise a $65 million signing bonus. According to ESPN, this figure made him the highest-paid player in the NFL. 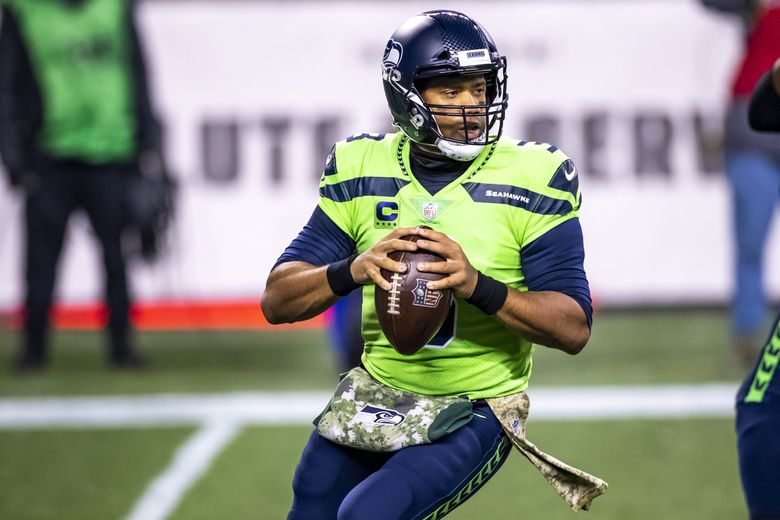 As per March 2021 report, Chicago Bears were showing their inclination towards Wilson. For that, the bears offer apparently included three first-round picks, a 2021 third-rounder, and two “starters”

Unlike many other fellow players, who only hear their names called on the draft day once in their professional careers, the Seattle Seahawks quarterback, Wilson, on the other hand, got this glorious opportunity three times. Indeed! It’s a huge professional accomplishment.

Wilson was first selected by the Baltimore Orioles in the 41st round in the 2007 MLB draft. However, he decided to sign and instead joined the North Carolina football team.

Again in 2010, he was drafted by the Colorado Rockies in the fourth round, even though he hasn’t played any competitive baseball while he was in eighth grade. Before entering the University of Wisconsin to finish his collegiate football career, he signed with the Rockies and played two seasons of minor league ball.

Wilson was selected for the third time in the 2012 NFL Draft by the Seattle Seahawks.