Skylene Montgomery is the beautiful girlfriend and live-in companion of NFL head coach, Sean Payton –whom we all know as the man leading the New Orleans Saints.

Skylene Montgomery and Payton have been together for a few years now, the two met shortly after his wife of nearly 20-years filed for divorce in 2012. He is the father of two children, Meghan and Connor, with his ex-wife Beth Shuey. Meet Skylene Montgomery below.

He spent 1996 as quarterbacks coach at Illinois, wrapped two coaching stints at San Diego State University and one at Indiana State –before entering the NFL with the Philadelphia Eagles.

He was hired as an assistant head coach with the Dallas Cowboys in 2003. Payton went to Dallas following four years with the New York Giants (1999-2002), the last three as offensive coordinator after spending his first season as quarterbacks coach. He solidified his reputation as one of the game’s brightest offensive minds in his first season as offensive coordinator, when the Giants captured the NFC title and went to Super Bowl XXXV.

During Payton’s career he’s been married, divorced and welcomed two kids and now he is also dating a new woman.

He and Skylene have been spotted together several times. The two were spotted at basketball games and at a 2013 Sean Payton Foundation gala. 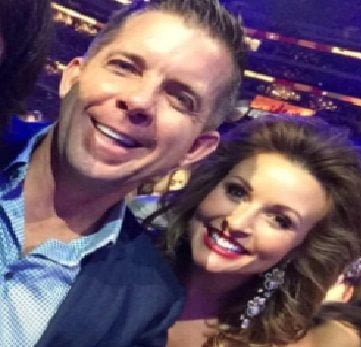 Skylene Montgomery happens to be a beauty pageant contestant, she was crowned Miss West Virginia USA in 2008.

Miss Montgomery came to this world on n December 4, 1984; the West Virginia native is the daughter of Darlene and Skylar Ora Montgomery. The stunning lady attended West Virginia University and holds a B.A. in exercise physiology from Marshall University. Skylene became interesting in pageantry in her teens.

Numerous outlets report that Skylene previously dated Kenny Chesney –look like she has a thing for older guys.