Veronika Khomyn is the **** and supportive girlfriend of NFL coach, Sean McVay –currently the head coach for the Los Angeles Rams.

Veronika’s boyfriend made history when he was revealed to be the new L.A Rams head coach last year.  At 30-years-old, McVay, became the youngest coach in NFL history when the Rams made the announcement last January.

Born January 24, 1986, the Ohio native comes from a football family, his grandfather John McVay who was the head coach of the New York Giants from 1976-1978.

We all know the story by now, Sean was groomed by Coach Jon Gruden after he hired him fresh out of college at the age of 24 to be a coach’s assistant in Tampa Bay. The reason? Easy, Sean’s grandfather and Jon’s father were close friends and the two coached and worked together at the collegiate level.

In 2008 McVay was taken by Jay Gruden who was coaching the Florida Tuskers in the United Football League, and he hired McVay as the wide receivers coach. From there he moved on to work with Mike Sahanahan as the tight ends coach with the Washington Redskins. He was later named the Washington Redskins Offensive Coordinator.

However, big part of his success has also a lot to with his lovely girlfriend, Veronika Khomyn. 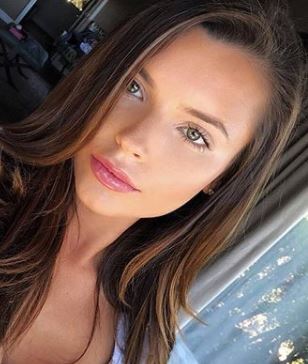 Gorgeous Veronika Khomyn was actually born in Ukraine and raised in Virginia. 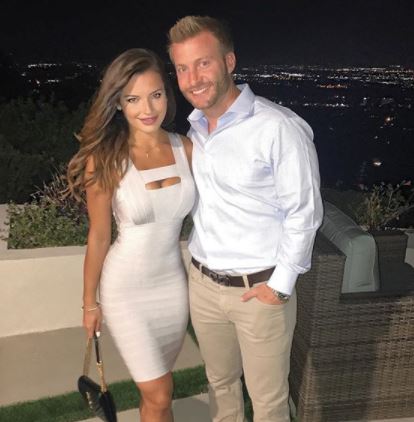 The stunner attended George Mason University at Fairfax, Virginia and according to her LinkedIn she worked at UFC Gym and DC Clubbing in Fairfax. She’s also done some modeling.

Veronika and Sean have been dating for a while. The couple lived together in Virginia and the smart lady followed him to Los Angeles –where they both reside in a $2.7 million Encino Hills house.

Veronika Khomyn certainly enjoys being the girlfriend of an NFL head coach. The couple enjoys traveling to Ukraine, Austria, France, the Caribbean, and even Miami and Malibu. They own a Pitbull named Kali.