Tala Powell is the lovely girlfriend of NFL player, Sammy Watkins -currently a wide receiver with the Kansas City Chiefs.

Tala’s NFL stud is a sixth-year wide receiver currently in his second season with the Chiefs in 2019.
Born June 14, 1993; the Fort Myers, FL. native was named 2014 Orange Bowl MVP after setting Orange Bowl records with 16 receptions and 227 yards.
He gained notoriety in his freshman year at Clemson, recording more than 1,200 yards and 12 touchdowns on his way to an ACC Rookie of the Year award.
He was selected fourth overall in the 2014 NFL Draft by the Buffalo Bills out of Clemson University. He started all 16 games of his rookie season with Buffalo, recording 982 yards on 65 receptions with six touchdowns.

After three years in Buffalo, he was traded to the Los Angeles Rams in 2017. He signed a contract with the Kansas City Chiefs in 2018. According to his Chiefs bio, Sammy recorded first start with the Chiefs in Week 1 of the 2018 season.
The 26-year-old is currently in a relationship with Tala Powell, the couple shares two small children. They have been in a relationship at least since 2014. 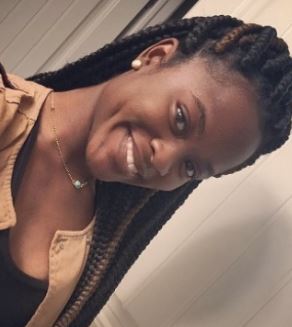 The lovely Tala Powell was born Tala Simone Powell on August 31, 1994. The Fort Myers, Florida native also lived in Lehigh Acres FL. Powell is the proud mom of the couple’s two adorable daughters, Samiah and Azaria.
Is not exactly clear what Tala Powell does for a living, however is safe to say she keeps busy with the couple’s young children.

The mom of two seems to enjoy a low profile despite being married to a professional athlete. She doesn’t seem a big fan of social media either, he does make the occasional appearance on Watkins’ Instagram. Earlier this year, he dedicated a sweet post to his baby mama writing

‘Its seem like we running out of time life moving so fast yet We still so young but got so much to find..! We can never let them break our mind we gotta stay strong conquer and don’t divide I love you baby..!’