Ricki Lander is the gorgeous model girlfriend of billionaire/business magnate, Robert Kraft. Her partner happens to be the owner of the New England Patriots.

With profits from his paper-manufacturing conglomerate, he purchased the New England Patriots for $172 million in 1994. In addition to that he is also the owner of  the New England Revolution MLS club. His other businesses, which include the Rand-Whitney Group and International Forest Products, have revenues of nearly $3 billion, according to Forbes.

In 2016, the 75-year-old expanded his professional sports empire after he bought a stake in mixed martial arts promoter Ultimate Fighting Championship.

The Mass., native born June 5, 1941; attended Columbia University on an academic scholarship. He went on to attend Harvard Business School, where he earned a master’s degree in business administration.

Kraft has been in a relationship with actress/model Ricki Lander since 2012. He is approximately 38-years her senior. 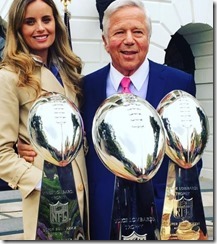 Prior to their relationship Robert Kraft was married to Myra Kraft, for 48-years. He became a widow after Myra lost her battle to cancer, she was 68. Robert is the father of four sons with late wife, Myra.

Jonathan Kraft 52, is the president f The Kraft Group. His other sons are Daniel A. Kraft, Joshua Kraft, and David Kraft. 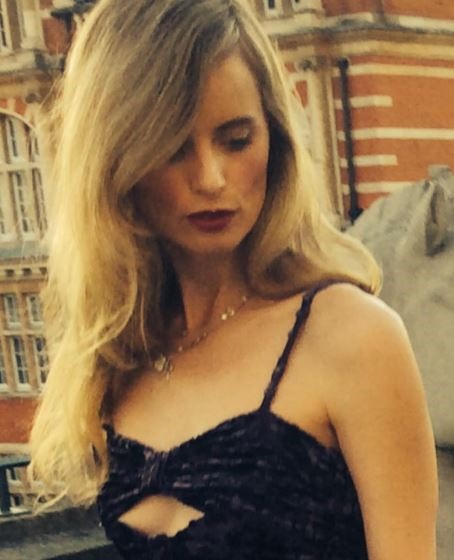 The stunning Riki Lander hails from Salt Lake City, Utah. She was born Ricki Noel Lander and she is believed to be in her late 30’s.

The blonde stunner moved to Los Angeles as a teen and soon after began training with the L.A Classical Ballet.

Furthermore, she toured overseas to fulfill her dancing duties to countries like Japan.

But Ms. Lander isn’t only a dancer, she holds a Bachelor of Arts in Dance and a Bachelor of Science in Mass Communications from Florida International University, where she graduated with honors.

Subsequently, after college, she did some acting after attending the Mike Nichols’ New Actor’s Workshop in New York City. She also studied at Uta Hagen’s HB Studio.

According to her IMDb, she’s had acting roles in the television shows including CSI: Crime Scene Investigation and Ugly Betty. Among her big screen roles, we have Iron Man, Movie 43 and most recently Ant-Man.

As a model, she has been signed to Ford Models for years. She’s worked for a number of brands and add campaigns.

Ricky is definitely a versatile woman; a dancer, actress, model and fashion designer; she can also add philanthropist. She serves on the Board of Directors for the New York City Ballet and the Board of Trustees for the Alvin Ailey Dance Company.