Brionne Vigee is the lovely girlfriend of NFL player Robert Alford. Her man is currently a cornerback for the Atlanta Falcons.

Brionne’s man was born Robert Alford on November 1, 1988. The Louisiana native is the son of Robert Cox and Gloria Bridgewater. He has two older borthers, Fred Booker and Duke Adams.

Fred was a cornerback at Louisiana State and played in the Arena Football League and NFL Europe before suiting up for 12 games with the New Orleans Saints in 2005. Duke was a safety for the Southeastern Louisiana Lions from 2003-06 and earned All-Southland Conference recognition as a junior

Robert attended Hammond High School where he earned All-District 7-5A first-team honors after catching 10 touchdown passes as a senior.

He became the first player from Southeastern Louisiana University to play in the Senior Bowl in over 40 years. He then was

selected as a second round (60th overall) draft choice by Atlanta in 2013.

He scored his first career touchdown on a 59-yard INT return against Washington in 2015.

As for his personal life, Robert Alford is currently engaged to his baby mama, Brionne Vigee. 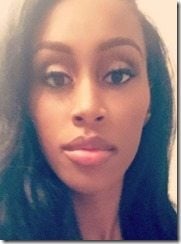 Though the couple enjoy keeping their privacy, Alford has expressed his affection for Brionne in social media. For her birthday he posted a photo of her with the caption

Let me take a small piece of the universe and offer it to you, as a humble gift for your birthday. Happy Birthday my love!

Brionne Vigee will son stop being just a girlfriend to become a wife. According to wedding site the knot, the couple will get marry on April 21, 2017. The joys event will be held in Buford, GA.

Not many more details are known about the lovely mom of one, all we could find was a family photo-shoot where Brionne Vigee can be seen posing with her man and baby boy. 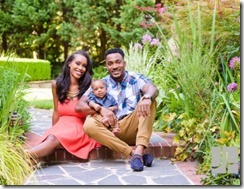 The couple and their new bundle of joy looked happy for the lens of James Hill Photography. The shoot took place in Georgia at the Decatur Portrait Garden.