Danielle Wiggans is the lovely wife of Rex Burkhead –best known as the NFL star currently a member of the New England Patriots.

Danielle’s NFL stud was born July 2, 1990; the Lexington, Kentucky native played football and basketball at Plano Senior High School in Texas. He then was a first-team All-Big Ten selection in 2011 at Nebraska.

When Burkhead was a junior at Nebraska, he was one of the best running backs in the country, rushing for 1,357 yards and 15 touchdowns. After college football at Nebraska, he was drafted by the Cincinnati Bengals in the sixth round of the 2013 NFL Draft. He was signed by New England as an unrestricted free agent from Cincinnati on March 14, 2017. 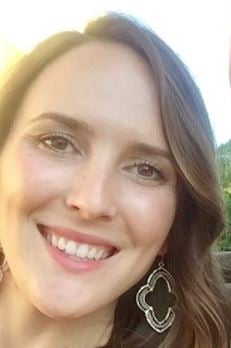 Last September he made his second career regular-season start and first as a Patriot while rushing three times for 15 yards and adding one catch for eight yards vs. Kansas City. In addition to his NFL career, Rex is also on the board of directors for the Team Jack Foundation – which raises money for pediatric brain cancer research.

The idea of the foundation came to be after Rex’s long relationship with Jack Hoffman –a boy who suffers from brain cancer and has been Rex’s biggest fan for the last seven years.

Rex has said Jack’s story is what keeps him motivated. The credit is probably shared with his lovely wife, Danielle Wiggans. According to Fabwags, Danielle M. Wiggans was born September 16, 1991.

According to her LinkedIn, Danielle Wiggans graduated Magna *** Laude from Texas A&M University with a Bachelor’s degree, communications; Minor in Human Resources in 2013. She was a Human Resources Intern, first at East- West Ministries International and later for Utility Fleet Sales. Most recently she is listed as an Account Coordinator at Dunham+Company.

She and Rex Burkhead tied the knot in Plano, Texas; on February 22, 2014. It seems the couple bonded through their Christian believes.