Lilit Avagyan is the gorgeous wife of NFL star, Reggie Bush who is currently a running back with the Buffalo Bills.

He was drafted second overall by the New Orleans Saints in 2006 and was a part of the 2009  Saints Super Bowl winning team.

He later spent two years with the Miami Dolphins before joining the Detroit Lions in 2013.

During the 2015 season Bush played for the San Francisco 49ers. Last August he signed with the Buffalo Bills on a one-year deal.

Bush finished the 2016 season with 7 catches for 90 yards, and 12 carries for –3 yards—making him the first player in NFL history, other than quarterbacks, to carry the ball at least 10 times and have negative yardage for a season.

Bush’s private life has been all over since he was in a relationship with reality TV star, Kim Kardashian. He and Lilit Avagyan began dating following his split from K.K. The two have been married since 2014 and have two children together with one currently in the oven. 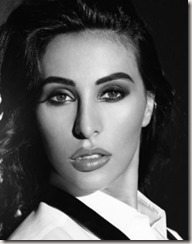 Lilit Avagyan was born November 30, 1987. The professional dancer who came to prominence following her relationship with Bush has been widely regarded as Kim Kardashian’s lookalike.

She is the daughter of Avag and Juleta Avagyan. Her father is a Senior Process Engineer who works for International Solar Electric.

Lilit is a trained dancer, she studied dance in Europe for 12 years. She has been recognized on multiple occasions. In 2010, she won the Rising Star Open dance competition in Florida. She’s also represented the U.S. at international dance events.

More recently, in 2013, she participated in the Latin American World Championships in Australia and at Louis Van Amstel’s Ballroom. The Armenian has also been invited as a guest performer on Dancing With the Stars.

The stunning brunette gave birth to the couple’s first child out of wedlock, a daughter named Briseis was born on May 6, 2013. 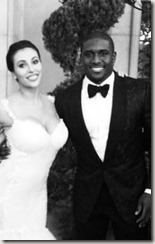 Lilit who is also a dance teacher, made the happy announcement of baby number three on her hubby’s birthday.