Polyxeni Ferfeli is the lovely girlfriend of NFL player, Odell Beckham Jr. –Her man is an NFL wide receiver currently playing for the New York Giants.

Her man and Baton Rouge, Louisiana native was born November 5, 1992. Odell was born to athletic parents, while his father was a running back for LSU, his mother was a track runner there.

While attending Isidore Newman School in New Orleans, Louisiana; Odell was an every position kind of player including, wide receiver, quarterback, running back, and cornerback. He played college football at LSU where he received the 2013 Paul Hornung Award, presented to the most versatile player in the nation.

He was then selected 12th overall in the 2014 NFL Draft by the New York Giants. Since then, Beckham has become one of the most popular players. It can’t hurt either that he is dating, hottie, Polyxeni Ferfeli, meet her in her top facts below. 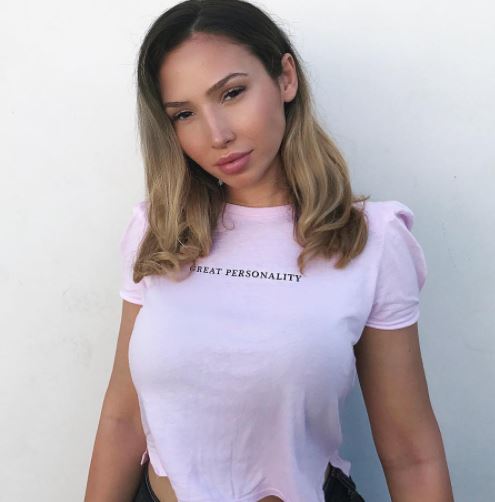 #1 She was born in Europe

Polyxeni Ferfeli was born March 28, 1994. The 23-year-old is originally from Thessaloniki, Greece. Her mother’s name is Mariana Ferfeli and also has a younger sister named, Kassi.

Miss Ferfeli obtained a degree in global business management and finance from the Regent Business School of London.

Polyxeni Ferfeli has gained a decent amount of followers for sharing snaps of her jet-set lifestyle and forward-thinking fashion sense.

#4 She has famous friends

Back in 2015, around September she was photographed with pop singer Harry Styles.

#5 She has worked in marketing

Accoridng to her LinkedIn profile Polyxeni Ferfeli’s professional experience includes working in the marketing field. In 2010 she worked as an assistant at Elgeka Group. Her last job listed was, a Human Resources position at Elgeka-Ferfeli S.A; in 2011.

#7 She and Odell began dating earlier this year

The relationship was picked up around April when the two were caught at Six Flags. They were later spotted spending a fun weekend in Cancun. In the past Odell was romantically linked to Erica Mendez.