Olivia Munn is widely known for being a hot model and actress, but also because she is the girlfriend of Aaron Rodgers, NFL quarterback for the Green Bay Packers. Let’s keep learning about Olivia on the facts below!

1.      Olivia was born Lisa Olivia Munn on July 3, 1980, in Oklahoma City, OK. She used to be known as Lisa Munn but, since 2006, she’s been using Olivia both personally and professionally.

2.      The 36-year-old has Vietnamese roots through her mother, Kimberly Schmid, who separated from Olivia’s father, Winston Barrett Munn, when she was 2.

3.      The model’s mama remarried to a US Air Force member, who was stationed on the Yokota Air Base, so Olivia was predominantly raised there, near Tachikawa, in Tokyo, Japan.

4.      The actress and her mother moved back to Oklahoma after Schmid’s second divorce.

5.      Before working as an actress, Munn majored in journalism from the University of Oklahoma and minored in Japanese and dramatic arts.

7.      This gal has also appeared in many films and television series, such as being Sloan Sabbith on “The Newsroom”. Olivia is known for her role in the sequel film “X-Men: Apocalypse”, too, as Psylocke.

8.      Munn has been a model in the Japanese fashion industry and has over a million followers on social media.

9.      Olivia has been dating Aaron since 2014, and after many rumors of a possible engagement, she was spotted wearing a big diamond ring on THAT finger while attending a Hollywood event with Jennifer Aniston to promote their new movie “Office Christmas Party”.

10.  The model has been accused of creating drama between Aaron and his family. It is said that she has isolated her boyfriend from his family because they don’t like her and accuse her of having a “strong personality”. 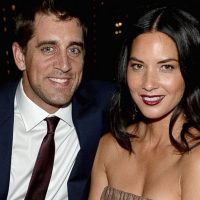 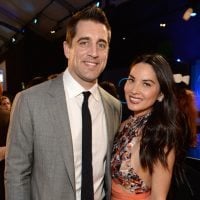 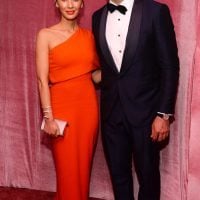 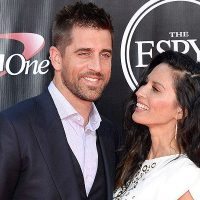 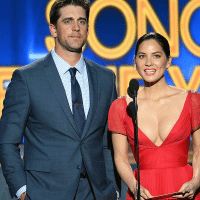 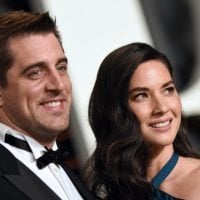