Sheila Wood is the wife of former NFL hall of famer, Willie Wood -well known for his time with the Green Bay Packers.

Sheila’s husband was a key figure in Vince Lombardi’s dynasty and played on five championship teams in the 1960s. According to reports he died earlier this week at an assisted living facility in Washington. He was 83.

William Verrell Wood was born on Dec. 23, 1936, in Washington and became a high school football star. He played at U.S.C. for three seasons and was a co-captain as a senior.

At the University of Southern California, Wood was a run-oriented quarterback who also played in the secondary at times. No team selected him in the 1960 draft.
Sheila’s longtime husband who was overlooked in the N.F.L. draft -got his ticket to the NFL after writing to several N.F.L. teams seeking a tryout. Only Lombardi was interested, and the Packers signed him. He became a starter in his second season.

He played for the Packers from 1960 to 1971. Wood was a first-team All-Pro five times and was selected for eight Pro Bowl games. He was inducted into the Pro Football Hall of Fame in 1989 and selected to its all-decade team of the 1960s.
After his career in the NFL Wood served as an assistant coach for the San Diego Chargers, then was hired by the Philadelphia Bell of the World Football League in 1975 as the first black head coach in modern pro football. He also worked as a head coach again with the Canadian Football League’s Toronto Argonauts in 1980 and ’81. In addition, he owned a Washington construction firm. 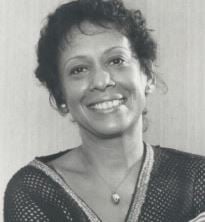 Wood is survived by two sons and a daughter, and was preceded in death by his lovely wife, Sheila Wood. The two were married for many years prior to her death in 1988.

During their marriage, Sheila Wood was a supportive wife, she had lived in Green Bay in the 1960s and attended all the games. She is the mother of the couple’s three adult children, Willie Jr.; Andre and daughter, LaJuane.
The couple’s son, Willie -coached at D.C.’s Woodrow Wilson High and in the Arena Football League.
According to the NY Times, in 1988 the NFL spouse and mother died unexpectedly of heart failure.

Wood was diagnosed with dementia in 2006 and had also undergone several orthopedic operations.