You are here: Home / NFL / Who is NFL Jay Ajayi’s Girlfriend?

Jay Ajayi, the impressive NFL running back we know as a current player for the Philadelphia Eagles, is quite a catch!

Born June 15, 1993 in London to Nigerian parents, Jay –who is at first glance currently single –is also considered a solid player in the industry, having said that, is only a matter of time for him to start dating a **** wag.

For now, it appears the only special woman in the life of the 24-year-old player is his lovely mother, Kemi Ajayi. Back in September, he wished her a ‘happy yurpday’

Look at the adorable mother-son duo below. 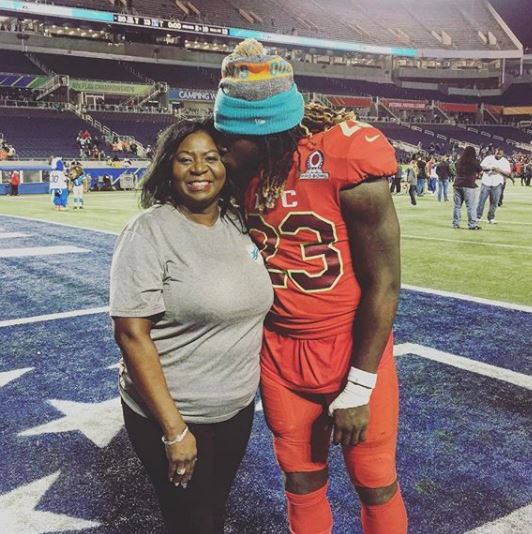 Jay was seven years-old when his family relocated to Maryland, before settling in Texas, where Jay attended at Frisco Libert High School. He moved on to Boise State, was redshirted in 2011,  played in 11 games in 2012, 13,14 before deciding to forgo his senior season and enter the 2015 NFL Draft. 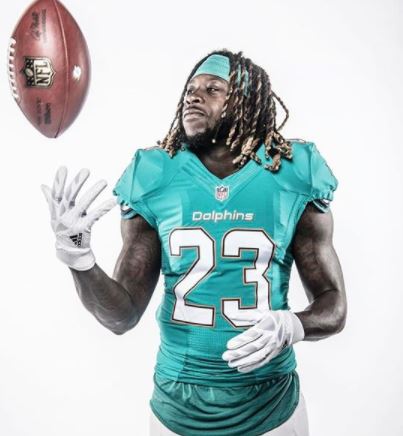 Ajayi as most of us know, was named Collin County Player of the Year at Frisco Liberty High School in Frisco, Texas. He then was a fifth round selection of the Dolphins in 2015 after a standout career at Boise State, which included First-Team All-Mountain West Conference honors in 2013 and 2014 and a Fiesta Bowl championship in 2014.

Ajayi had his NFL breakout season in 2016, rushing for 1,287 yards as a member of the Miami Dolphins. He was selected to the 2016 Pro Bowl after finishing fourth in the NFL, the third-highest season total in Dolphins history. And rushed 138 times for 465 yards (3.4 average) over seven games for the Dolphins this season.

He was traded to the Philadelphia Eagles last October. Since then, he’s had a stellar debut for the Eagles. In his first game as an Eagle, Ajayi carried the ball eight times for 77 yards and a touchdown.