Joanne Gettleman is the longtime wife of football exec, Dave Gettleman –whom you know as the current General Manager for the New York Giants.

He began his career as high school teacher and subsequent coach in the 80’s. He then interned for the Buffalo Bills and later got a scouting job with the Denver Broncos. 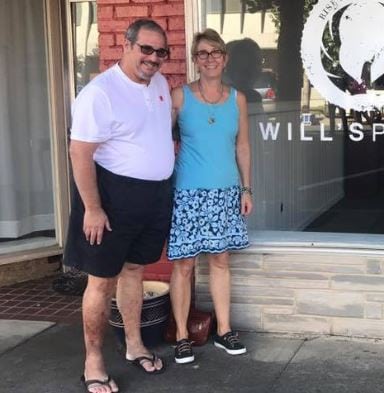 He came back as the Giants GM in December 2017. Dave who at 67, has been diagnosed with Lymphoma has been happily married to Joanne Gettleman for over three decades.

Dave Gettleman met future wife Joanne Holt in 1983 and the two became husband and wife in 1984. Joanne who was born September 1958; is a 1976 Spackenkill graduate.

According to Fabwags, Joanne Gettleman is a former preschool worker, while the couple lived in Florida she was listed as a preschool supervisor for children suffering from cerebral palsy. At the time, it was Joanne supporting the family making $21,000 compare to her husband’s $ 18,000 –working with the Buffalo Bills. Though it wasn’t easy, she remained supportive of her husband’s career as he began the long, winding path to his own NFL general manager’s position.

The couple’s son Sam, is a Support Technician at Berkeley College Information Technology and Services. Daughter Ana Jane works at YWAM Minneapolis; while Aaron Gettleman is married and currently lives in New Jersey.