Camille Kostek is a famous model who gathered the limelight through her various popular magazine issues. Though, her fame can be credited to her long-term relationship with former New England Patriots tight end Robert Gronkowski, famously known as Gronk. She met Gronkowski in high school for the first time and they began dating after she left the cheerleading team. For more exciting information about Camille Kostek, log into Player Wives Wiki. 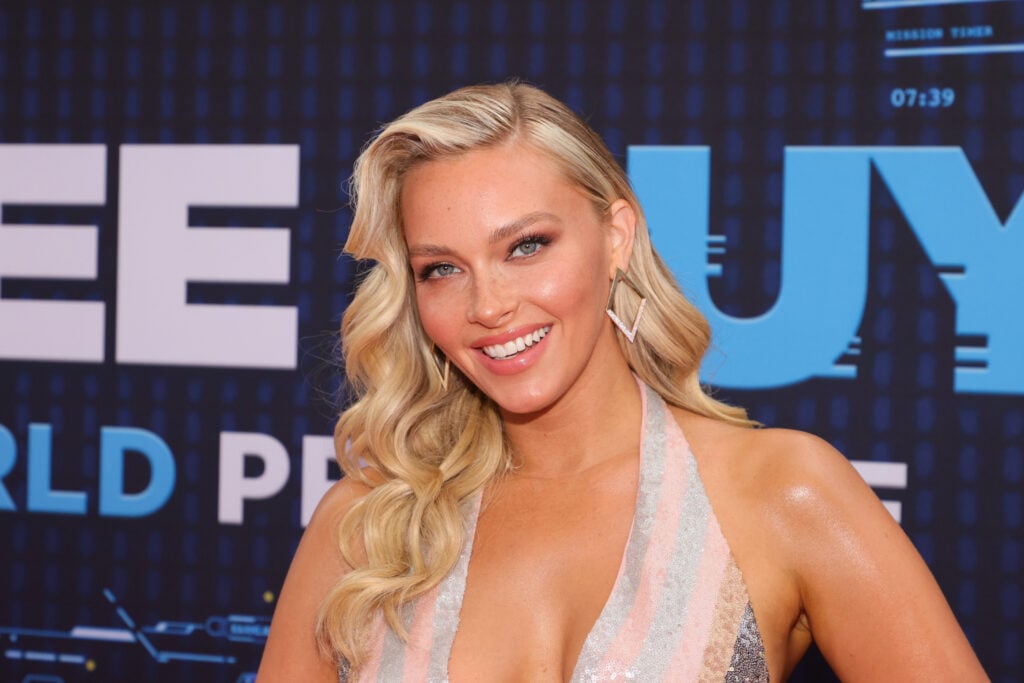 Camille Kostek styles her body measurements of 34-26-34inches and purportedly her dress size is 8 and her shoe size is also 8 US. 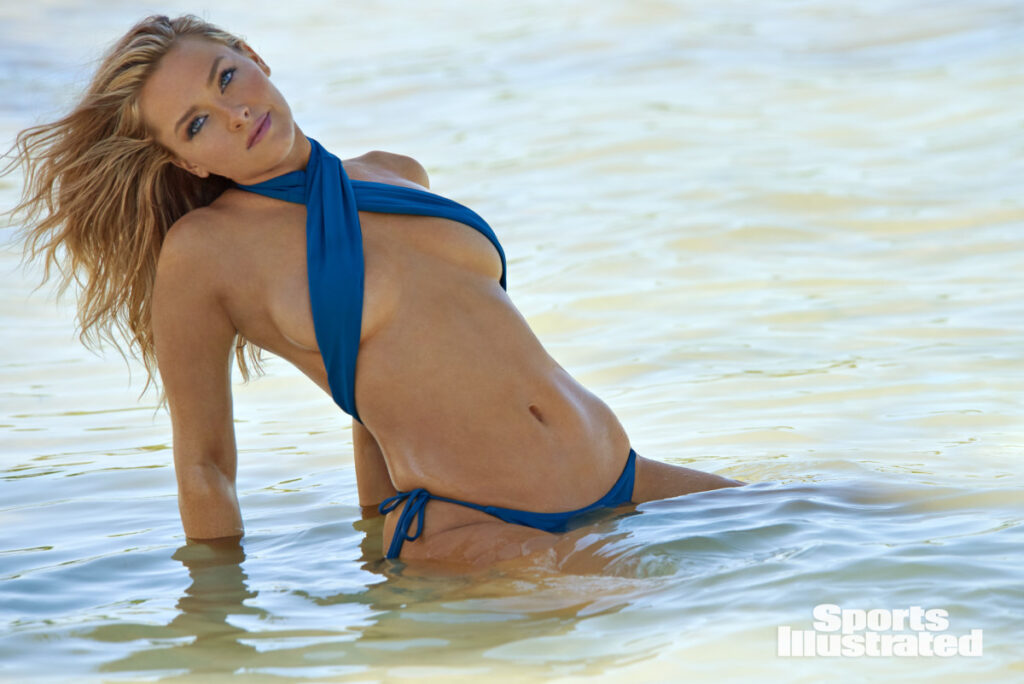 Camille joined her first modeling agency in 2015 in Boston. She is a famous model and ambassador of various popular brands, such as Reebok, L’Oreal’, Victoria Secret, Sports Illustrated, Clairs, Benrus, and Equinox Fitness to name a few.

She has been a competitive dancer her whole life, this took her passion to the professional level as a New England Patriots cheerleader in 2013. However, she ended her dance career at Super Bowl XLIX in 2015.

In her initial modeling days, Kostek worked for a series of television commercials for boutique Ciao Bella in 2013 which was aired on various channels, such as E! News,  MTV, VH1, and ABC Family.

Her most recent commercial was with her boyfriend Gronk. It was a funny commercial for Manscaped.

Camille Veronica Kostek was born on February 19, 1992; she is of Irish, Polish, and Jamaican descent. Her birth sign is Pieces and she belongs to American nationality and belongs to white ethnicity. She is the daughter of Christina and Alan Kostek, a gym manager and a contractor respectively. She has three younger siblings Thomas, Julia, and Alina Kostek. 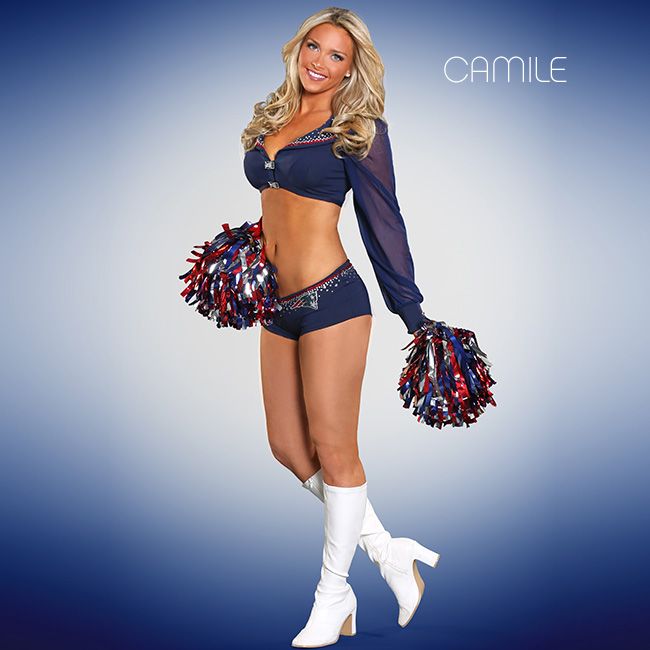 For two years, Camille Kostek was a New England Patriots Cheerleader. She joined the roster and was featured on the cover of the cheerleaders’ annual swimsuit calendar which was shot in 2013 in Saint Lucia. The same year, in China, Kostek was chosen as one of the four cheerleaders to serve as a Patriots ambassador on an NFL tour. In her last season, she performed in Arizona for Super Bowl XLIX at the University of Phoenix Stadium where the Patriots won against the Seattle Seahawks.

As per various reports, Camille’s estimated net worth is $3.4 million. 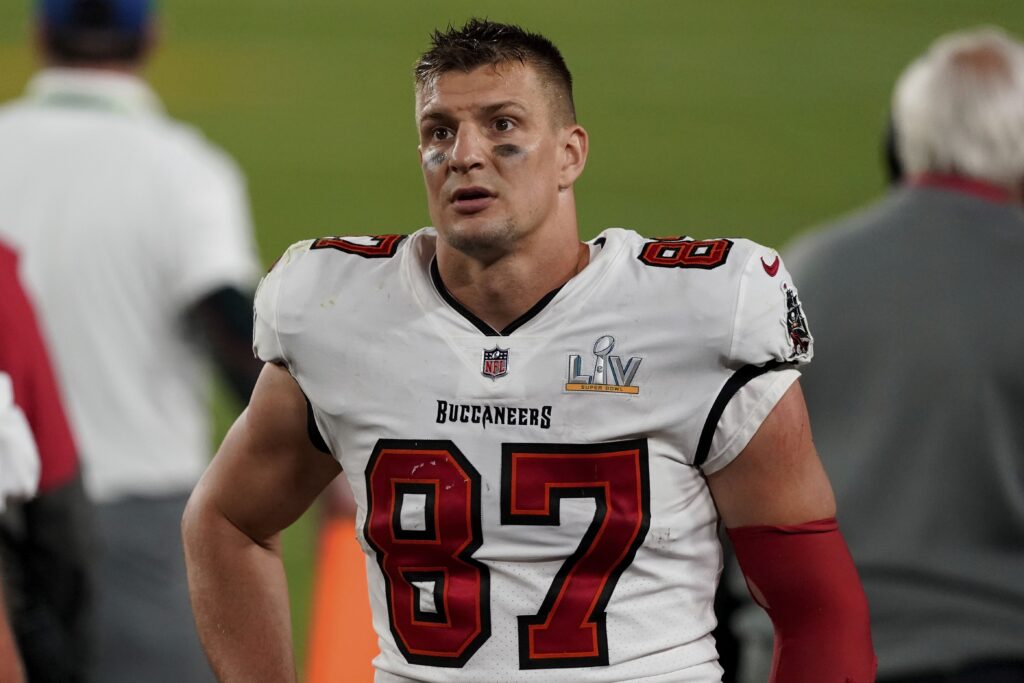 The NFL star- Rob Gronkowski has been dating Camille Kostek since 2015.

Here is an interesting video of Rob Gronkowski & Camille Kostek asking each other 37 questions. The video is by The Couples Quiz | GQ Sports:

He did his Pre-Business major at the University of Arizona; also he played for the Arizona Wildcats Football team for two years, from 2007 to 2009.

Gronkowski attended Williamsville North High School, and for the first three years, he played as a defensive end, tight end, and kickoff specialist because he has the biggest feet on the team. Afterward, in 2016, for his senior years, he attended Woodland Hills High School, Churchill.

Gronkowskis are 5 brothers: Rob, Gordie Jr., Dan, Chris, and Glenn. 4 out of 5 are playing in the NFL, except one. Gordie Jr. is the only one who plays professional baseball.

There are five Gronkowski brothers; Rob is the youngest of five brothers, four of which played in the NFL: Rob, Dan, and Chris.

The Gronkowski’s are a family of athletes — five brothers, four of whom played in the NFL and the other played professional baseball. His father is a former college football guard from 1977 to 1981 for Syracuse University. Gronkowski brothers are also renowned names in the field of clothing lines, fitness products, and the Ice Shaker brand.

Where Does Rob Gronkowski Live?

Currently, Rob Gronkowski owns two beautiful houses, one is in Foxboro Massachusetts. It was reported that Rob spent just under $1 million to build this house. The other one is in Miami, and for this two-story mega-condo, he spent nearly $1.7 million bucks.

Rob’s mother is extremely happy because her son has joined the Tampa Bay Buccaneers. Unlike New England, this place is quite near his mother’s house. This fact made his mother overwhelmed that now she can meet her famous kid very often.

Rob Gronkowski has a gay teammate. Just like other football players, Gronkowski also comes out in support of gay rights. He believes in inequality. 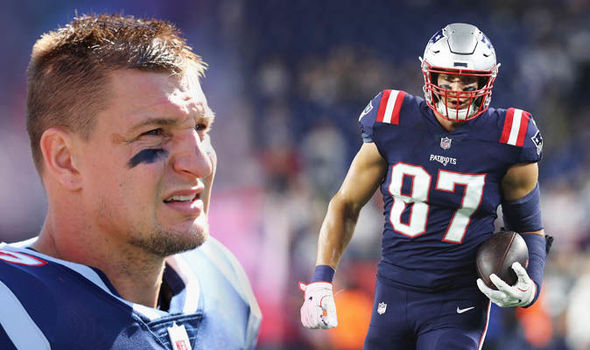 As per the New Yorker, Gronkowski has an estimated net worth of $45 million.

Rob Gronkowski’s current salary at the Bucs is worth $8 million in base pay, with the potential for it to rise to about $10 million with bonuses.

According to Adam Schefter of ESPN, the tight end Rob Gronkowski has signed a one-year contract worth $10 million. According to Greg Auman of The Athletic, Gronkowski’s base salary will be $8 million in 2021 and his incentives can increase his earnings up to $10 million.

How Many Rings Does Rob Gronkowski Have?

Rob Gronkowski has won 4 rings. Here are the details:

Gronkowski retired from the NFL on 24th March 2019. But after nearly a year-long pause, he returned to the league in April 2021 to join his friend, Tom Brady, with the Buccaneers and longtime quarterback.

Rob Gronkowski has won four Super Bowl titles: three with the New England Patriots and one with the Tampa Bay Buccaneers. 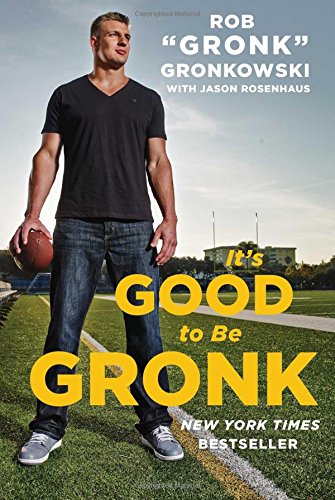 Gronkowski wrote a book titled, “It’s Good To Be Gronk”. The former Patriots star co-authored “It’s Good to Be Gronk” along with sports agent and national bestselling author Jason Rosenhaus. The book was released by former MLB star Derek Jeter’s Jeter Publication and Simon & Schuster’s on July 14, 2015. The book got a huge success; it was also featured on The New York Times Bestseller List.

The New England Patriots have traded the tight end and their seventh-round pick, Rob Gronkowski in the 2020 NFL Draft for Tampa Bay Buccaneers’ 2020 fourth-round pick (No. 139 overall).