Yvonne Thagon is one proud NFL mom, she is the mother of Mychal Kendricks –a Super Bowl champ and linebacker for the Seattle Seahawks.

Thagon gave birth to first child, Marvin Mychal-Christopher Kendricks in Fresno, California on September 28, 1990. She and former husband Marvin, are also proud parents to Mychal’s sister Danielle, and his brother, Eric –who is also an NFL player. That’s right Yvonne Thagon is the mother of not one, but two NFL players.

The three siblings were raised by Yvonne Thagon who split with Marvin Kendricks, a former running back at UCLA who played professionally in the Canadian Football League but became addicted to drugs. 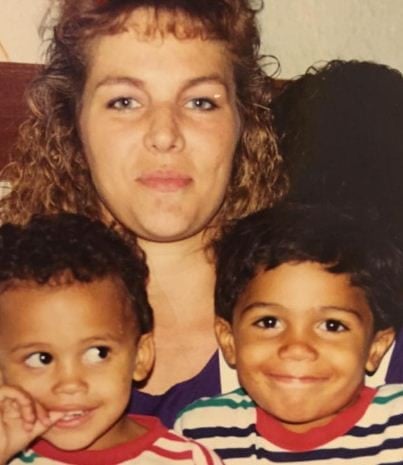 According to ESPN, Thagon worked numerous shifts as a pharmacy technician to make ends meet and provide for her three children. She also took jobs tending at a snack bar.

Mychal played four years at the University of California, Berkeley, where he was the Pac-12 Defensive Player of the Year as a senior.

He was selected in the 2nd round of the 2012 NFL draft. He made his NFL debut in 2012 for the Philadelphia Eagles and helped the teams win the franchise’s first ever Super Bowl title in 2018. 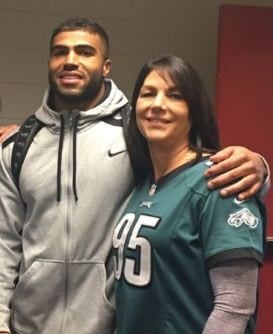 However, reports say her 28-year-old son Mychal has been suspended indefinitely by the NFL. In September Kendricks pleaded guilty to insider trading and the Cleveland Browns released him, having signed with them in June. Just days later he was picked up by the Seahawks and signed a one-year-contract. He suited up for Seattle for three games.

According to prosecutors, Mychal made approximately $1.2 million in profit after receiving non-public information from Damilare Sonoiki, who was then an employee at Goldman Sachs. Yvonne’s son is scheduled to be sentenced on Jan. 24.

Yvonne who keeps a low profile, does have a profile on Facebook, find her here.