You are here: Home / NFL / Who is Muhammad Wilkerson’s Wife/ Girlfriend?

Let’s get to know a bit more about Muhammed

Muhammad Wilkerson best known as a professional football player who is currently a free agent -may be currently single and is whole lot of trouble.

Wilkerson, a defensive end and Second-team All-Pro, last played in 2018 and is making headlines not for the best of reasons. The 30-year-old was recently arrested.
Born October 22, 1989; the Linden, NJ; native spent a year at Hargrave Military Academy before becoming a star at Temple, where he was first team All-MAC in 2010, before being selected with the 30th pick in the 2011 NFL Draft. He debuted in 2011 for the New York Jets, after a successful career at Temple University. He had his first career sack on September 18, 2011, against the Jacksonville Jaguars, and it resulted in a safety.

The former first-rounder played seven seasons with the Jets and was a member of two All-Pro teams and played in one Pro Bowl. After his tenure in New York, Wilkerson signed with the Packers, playing three games for Green Bay before suffering a season-ending ankle injury. The New Jersey native last played in 2018. 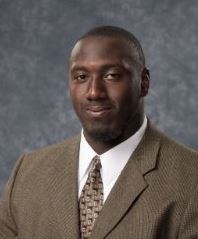 Wilkerson who is recognized for his time with both the Jets and Packers; was recently arrested. According to reports the 6 ft 4 in and 315 lb defensive end -was arrested and charged with DWI, possession of ********* and possession of drug paraphernalia. Just another case of professional athlete downward spiral.

This ins’t the 30-year-old’s first brush with the law, just last June, he was pulled over with a.09 blood alcohol level, just over the .08 legal limit. At the time he told police officers he had just had two beers.

Wilkerson who was once on his way to stardom signed a five-year, $86 million extension with $53 million in guaranteed money in 2016; just one season later, the Jets began deactivating Wilkerson due to what was reportedly a repeated violation of team rules. He was eventually released.

Wilkerson is pretty private when it comes to personal business, records online say he is the father of at least one child but there is no presence of a past or current baby mama.
He is known to be close to his mother Janice Wilkerson, and he even has her name tattooed on his right arm.

Disappointed with no news on Muhammed’s hot girlfriend? Perhaps we can entice you with our Roundup of the Hottest Wives and Girlfriends of all the players across the NFL?