Alexandra Jacobs was the artist wife of prominent Twin Cities businessman, Irwin Jacobs. Both Alexandra and Irwin were found dead at their home in Orono on April 10th following a routine visit.

The couple was together for many years and recent reports indicate it could be a murder-suicide case. Both Alexandra and Irwin were 77-years-old. Reports say the bodies were found in a bed with a handgun nearby.

The longtime couple owned a sprawling estate on Tanager Lake in Orono, which comprised several buildings totaling more than 12,000-square-foot of floorspace, including the main mansion.

Alexandra’s husband was born July 15, 1941 –he was a successful investor and entrepreneur who made his money acquiring struggling companies and selling or liquidating to make a profit.

Irwin who was known as ‘Irv the liquidator’ –at one point owned and operated Genmar Industries, the world’s largest privately held recreational boat builder. Sales of the company exceeded $1 billion, but it filed for bankruptcy in 2009. 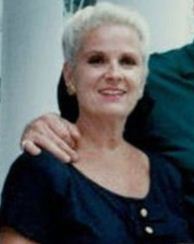 Jacobs founded Fishing League Worldwide after buying what had been a small bass tournament based in Kentucky. In addition he was a former part-owner of the Minnesota Vikings, selling his shares to Mike Lynn in 1991. And he created the Cable Value Network, a television shopping channel later bought by QVC.

According to the Star Tribune, Alexandra Jacobs was a lot more private than her husband. She is described as an artist and ‘giving person.’ She was involved with a number of non-profit organization in her lifetime, including the PACER Center –which helps children with disabilities.

Alexandra Jacobs was a talented painter and sculptor, the lovely wife and mother was a generous donor to the Minnetonka Center for the Arts. A work space in the Center’s stone carving area is marked with her name.

The couple is survived by their five adult children, one of them was diagnosed with cerebral palsy.

According to reports, Alexandra had been having health issues and had begun to use a wheelchair.

The deaths of Irwin and Alexandra Jacobs have stunned their family, friend and the community.