Kiya Winston is the proud and supportive wife of NFL coach, Mike Tomlin –currently serving as head coach of the Pittsburgh Steelers.

Kiya’s hubby served as defensive coordinator for the Vikings for one year prior to being named the sixteenth head coach of the Pittsburgh Steelers in 2007.

Tomlin also served as defensive backs coach for the Tampa Bay Buccaneers from 2001 to 2005 and helped the team win Super Bowl XXXVII over the Oakland Raiders in 2003. Most notably the head coach led the Pittsburgh Steelers to a Super Bowl titles in 2009, becoming the youngest head coach to do so, at 36.

Born Michael Pettaway Tomlin on March 15, 1972; the Hampton, Virginia native began his career fresh out college as a wide receivers coach at Virginia Military Institute in 1995. He then spent the 1996 season as a graduate assistant at the University of Memphis. He moved on to Arkansas State University where he began as a wide receivers coach and later switched to defensive backs. He also coached defensive back for a season at the University of Cincinnati.

Kiya Winston met her future husband as students attending The College of William & Mary –where Mike started as a wide receiver and she was a premed major. The two met, began dating, fell in love and Kiya followed him to all of his coaching gigs. They were eventually married in 1996. 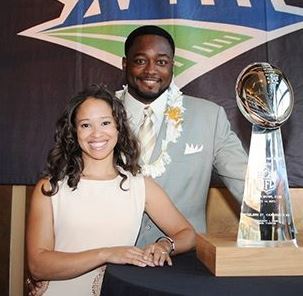 Kiya Dawn Winston is a native of Morristown, New Jersey that’s where she attended high school graduating in 1992. She is a former competitive gymnast who trained at the Madison YMCA. Kiya’s other interest has to do with the fashion world. She told media she has been designing and making clothing since she was a 10-year-old.

In 2015 she launched her line called, Uptown Sweats from a Pittsburgh boutique.

Since their nuptials, Mike and Kiya have welcomed three children, two sons and a daughter. She first gave birth to son Michael Dean in 2000; who is followed by brother Mason born two years later in 2002. Kiya Winston gave birth to the couple’s daughter, Harley Quinn in 2006.

The couple was recognized in 2013, by the Chuck Cooper Foundation with the Career Achievement in Leadership Diversity and Community Service Award.

Kiya Winston and her hubby are Christians and the family attend goes to church at the Christian and Missionary Alliance Temple.