Sandy’s husband joined the Dallas Cowboys in 1988, following a stellar collegiate football career with the Miami Hurricanes. Selected as the 11th player overall in the first round of the 1988 National Football League Draft, Irvin quickly developed into one of the elite receivers in Cowboys and NFL history.

As a rookie, Irvin offered a glimpse of what was to follow during his 12-season career with the Cowboys. He became the first rookie wide receiver to start a season opener for Dallas in more than 20 years. He went on to shatter numerous Cowboys records, as well as breaking NFL records.
Voted to 5 Pro Bowls, his name was placed in the rafters for the Cowboys Ring of Honor in 2005. He was voted into the Pro-Football Hall of Fame in 2007.
He has appeared in a number of movies including The Comeback and Jack and Jill. He starred alongside Adam Sandler and Chris Rock in The Longest Yard.
His versatile persona got him working for ESPN and receiving a Sports Emmy Award in 2006 for “Outstanding Studio Weekly Show” as a part of the Sunday NFL Countdown crew.
He currently serves as a top analyst for the NFL Network, appearing on Thursday Night Football and Sunday mornings on NFL GameDay Morning. 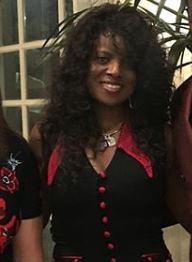 Since 1990, he’s been happily married to Sandy Harrell, the mother of the couple’s four children; Myesha, Chelsea, Michael and last but not least, Elijah. Daughter, Myesha Beyonca, is from a previous relationship with his former girlfriend Felicia Walker.

Sandy Harrell and Michael married on June 23rd, 1990. The NFL spouse and mom of four was put on the spotlight when her husband revealed that back when he was having issues with addiction, she was advised to leave him.
To cut the story short, Sandy did not leave him when he was having his troubles with substance abuse and she did not only put up with that. Back in 1996, Irvin was arrested for cocaine, he was found covered in cocaine with strippers all over. And still Sandy Harrell did not leave him.
Things have definitely gotten better, in fact, back in 2016, Sandy gave her husband a Bentley Mulsanne for his 50th birthday. How’s that for a happy ending!