Melissa McCourty is the proud wife of NFL player, Jason McCourty –currently a cornerback for the New England Patriots.

Melissa’s NFL stud is currently in his 10th NFL season. Jason was born on August 13, 1987; the Nyack native is the identical twin brother of Devin McCourty –also an NFL player with the New England Patriots.

Both Jason and his twin brother played college football at Rutgers –Jason had 20 career pass deflections while also returning kicks during his time at Rutgers. He began playing with the Patriots in 2018 and previously played with the Tennessee Titans and the Cleveland Browns.

He was drafted late in the sixth round by the Tennessee Titans in 2009. Jason recorded 336 tackles, 49 pass deflections and 8 interceptions in his first five seasons. 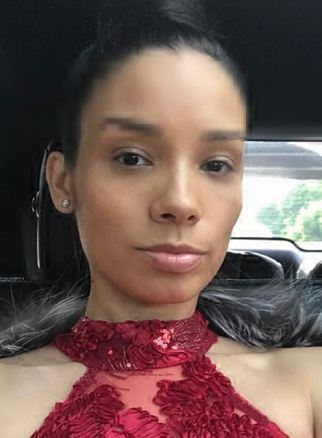 Jason and Melissa married in a lovely Nashville ceremony in April 2014. They dated for a number of years before getting hitched.

Since then they have become the proud parents of three small children, daughters, Liana and Kai, and a son, Kaiden.

Before becoming an NFL wag, Melissa McCourty was born Melissa E. Ortiz on December 13, 1986. Melissa who also attended Rutgers –where she and Jason met –worked for Nissan.

Nowadays, Melissa McCourty is a full time NFL wag and mom of three, from her social media we can tell she keeps busy caring for her family and being supportive of her husband’s career.