Megan Kreifels is the proud wife of NFL player, Greg Zuerlein –currently a placekicker for the Los Angeles Rams.

Megan’s hubby, also known as ‘Greg the Leg’ was born December 27, 1987; the Nebraska native played football for three years at the University of Nebraska-Omaha, then his final season at Missouri Western State, where he was the nation’s leader in field goal percentage.

Zuerlin who is also known as “Legatron” because of his extreme leg power, made is NFL debut in 2012 for the St. Louis Rams. He’s been with the team since making him a seventh-year pro who has played in 92 career games. He earned his first Pro Bowl, All-Pro and PFWA honors in 2017.

When not doing what he does best, Zuerlein or Legatron, is a devoted husband and dad. He and wife Megan have been married for a few years now. The two met while in high school. 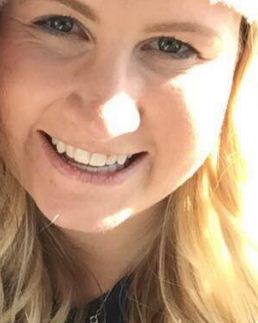 According to social media, Megan Lynn Kreifels born in 1989 and who now goes by Megan Zuerlein –is originally from Lincoln, Nebraska. Her parents are Terry and Barbara Kreifels.

Megan went to Pius X High School and during her high school days she played for the girls’ soccer team, she was named Lincoln Journal Star Athlete of the Year in 2011.

She subsequently studied at Creighton University –where she obtained a nursing degree.

Megan and Greg have been married since 2013 and since then have welcomed three children together. They are the proud parents of a son, Greg Jr.  –and two adorable little girls, Emma and Morgan.

As you may imagine, Megan Zuerlein keeps busy as a full time mom of three, however she previously worked as an orthopedic nurse at St. Anthony’s Medical Center. She is also a former RN at Gateway Endoscopy Center.

The family of five currently resides in Thousand Oaks, California.