There are many things worth knowing about Matt Flynn, his NFL career, family background, net worth, personal life, and more. Although his professional life seems familiar to most people, not much is known about his personal life, especially his marriage to wife Lacey Minchew Flynn, which he likes to keep highly private.

Howbeit, if you’re that die-hard fan who’s interested in having every lowdown about this NFL hero, you’ve stumbled across the right article. After taking a peek into his life to know who his beautiful wife is, we’d also learn more about the famous player.

Who is Matt Flynn married to?

The name of the lucky woman who stole the heart of quarterback Matt Flynn is Lacey Minchew Flynn. Her birth name was Katlin Lacey Minchew; she was born on the 19th of December 1983 in Louisiana, US. She attended Mableton’s Pebble Brook High School for Performing Arts, located in Georgia. Upon graduating, she gained admission to study Mass Communication and Broadcast Journalism in 2003; she graduated in 2007. Aside from being married to the superstar, she has been through many things in her life, from being a college dancer who emerged as the college’s golden girl to a runway model who won two grand beauty pageant competitions. Finally, she ventured into acting and became an ace actress.

Matt Flynn’s Wife, Lacey Minchew Flynn, is a celebrated celebrity who is quite famous in Hollywood. She has had a fantastic career featuring in prestigious movies of all time. She made major appearances in “Wolvesbayne (2009), Terror Trap, Beauty and the Briefcase (2010), Fire with Fire (2012), and Rebooted (2013).”

What to know about Lacey Minchew Flynn?

Matt Flynn’s Wife, Lacey Minchew Flynn, is all shades of beauty and suave grace. This section aims at intimating you with Lacey’s life and some of her many accomplishments. Below is a compilation of quick facts about her:

At her alma mater, Louisiana State University, she joined the college dance team and moved on to smack the price as the best dancer. She’s reputed to have beaten over 100 girls and defended her reputation as the college ‘Golden Girl.’ During her period at LSU, she fraternized with the Chi Omega Sorority.

Before taking up the acting sceptre, she was a model who won two beauty competitions in the US. As a teen, she participated in Miss Teen American and won. Remarkably, she also won the 2009 Miss Louisiana beauty pageant. She won after graduating from LSU. She also participated in Miss USA, 2009 but didn’t make the top 10.

Following her graduation, she went into acting and took minor roles in movies like Bullet to the Head and Revenge of the Bridesmaids. She moved on to feature in top movies, some of which have been highlighted above. So far, she made her last appearance in movies in 2013.

Lacey  is sister to Kenley Minchew, the famous cheerleader for the Falcons of Atlanta. Like Lacey, Kenley was also a golden girl at LSU. Upon graduating, she joined the Dallas Mavericks squad. 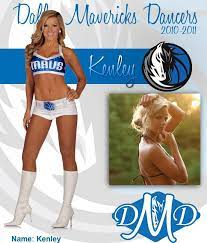 Matt met Lacey in 2003 at LSU, and they started their friendship. However, in 2008, they decided to take their relationship further, so they started dating; they dated for five years. Despite all odds and the challenges of their long-distance relationship at some point, they decided to tie the knot in 2013. Since then, they have remained each other’s best pal. They are blessed with three children, one boy and two girls.

According to Forbes, Matt Flynn’s Wife, Lacey Minchew Flynn, has an estimated net worth of $2million. She earned every dime from her acting career. We do not lay claim on this as she may have other sources of income.

What to know about Matt Flynn?

Many exciting things have been said about Matt Flynn’s Wife, Lacey Minchew Flynn. Let’s make a quick switch to learn some important facts about Matt too.

Matt Flynn, NFL QB, was born in 1985.  Although he started as a high school quarterback, he started his professional career with the Green Bay Packers in 2008. Several exploits marked Matt Flynn Packer’s experience as he won his way to earn a backup role to Aaron Rodgers. He was first featured in the NFL in 2010 when Aaron could not play due to some reasons. In 2012, he moved to the Seattle Seahawks on a three-year contract. At the Seahawks, Matt Flynn’s jersey number was 15.

He joined Oakland Raiders and Buffalo Bills, where he was more of a substitute in 2013.  In July 2015, he got signed by the New England Patriots but was later released in August to the New York Jets. After playing for three months, he was released in November to the New Orleans Saints. Together with his team, he won different championships, including the Superbowl champion and the BCS National Champion.

To learn some quick facts about quarterback Matt Flynn, here are some quick questions:

How old is Matt Flynn, and where is he now?

Matt Flynn’s net worth stands at a whopping $10 million. During his career, Matt Flynn’s salary was capped at an average of $870,000.

Having made a detailed exposition into the personal life of Matt Flynn, by now, you should know who Matt Flynn’s wife is.

Matt Flynn and Lacey Minchew Flynn are one practical couple who has shown us the possibility of love in the NFL. Among NFL players, Flynn is among those who have enjoyed a stable marriage over time. The couples remain faithful to each other.

Looking for more on the loves and lives of the NFL’s Stunning Quarterback Wives and Girlfriends, we’ve got you covered in our roundup here.