Deja Hiott is the hot girlfriend of NFL player, Martavis Bryant –the man we all know as a Pittsburgh Steelers wide receiver.

Deja’s NFL beau was born December 20, 1991; the South Carolina native was raised by his mother, a textile plant worker.

Martavis was a standout football player for two schools and following his graduation spent a year at Hargrave Military Academy in Chatham, Virginia.  He then played college football at Clemson and was drafted by the Steelers in the 2014 NFL Draft.

While her man gets all the football glory, the gorgeous brunette doesn’t stay too far behind. With over 70k followers on social media, Deja Hiott certainly gets attention. 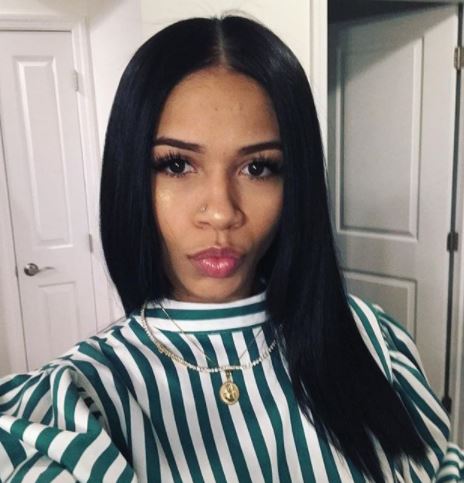 Born Deja Nicole Hiott on August 28, 1996, she is a sought after swimwear model. The Instagram star is known for her modeling posts. She can be seen in a variety of swimwear and street wear brands. Deja who is the mother of Martavis’ youngest child, then began to post updates on her pregnancy and documented her journey into motherhood, gaining a larger following. 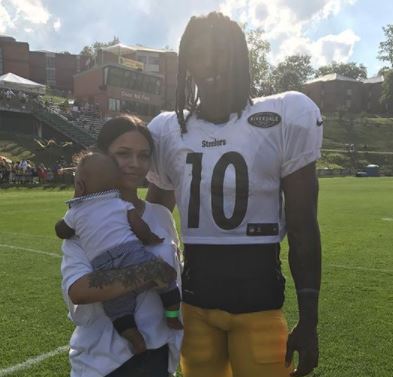 The unmarried wag and mom of three, also takes advantage of social media posting about her artistic talents which include doing her nails in a variety of styles and colors and posting them to her account.

Miss Hiott is very close to her family especially to her mother Kim –which is also often featured in her Instagram account. She and Martavis have been together for a number of years and are the proud parents to a son named Kalle King Alexander. Martavis is also the father of two daughters, Brooke and London born from his relationships with Janessa and Jasmin Keesley, respectively.

Deja made headlines earlier this year, after she revealed on a post, her man wanted to leave the Steelers. As they weren’t passing him the ball. The player denied this and she later apologized.