Lauren Kossowan is the lovely wife of NFL player, Daniel Ross -currently a defensive tackle for the Dallas Cowboys.

Lauren’s defensive lineman hasn’t played at all this season, the 26-year-old Kentucky native was placed on Injured Reserve back in August with a shoulder injury.
Born Daniel Ross on March 15, 1993; he played college football at Northeast Mississippi. During the 2017 NFL Draft, Ross was picked by the Houston Texans as an undrafted free agent.

Prior to settling with the Cowboys in 2017, he’s also been a player played with the Texans, Lions and Chiefs. He signed a 1-year deal with Dallas in the offseason.
The ex-Northeast Mississippi CC standout played in 13 games for Dallas in 2018; and has 19 career tackles and 2 sacks.
According to reports, Lauren’s hubby was arrested after cops allegedly found weed and a gun in his car. TMZ says the Cowboys’ D-lineman was initially pulled over because he was playing his music too loud.

Ross can at least count with the support of gorgeous wife, Lauren. 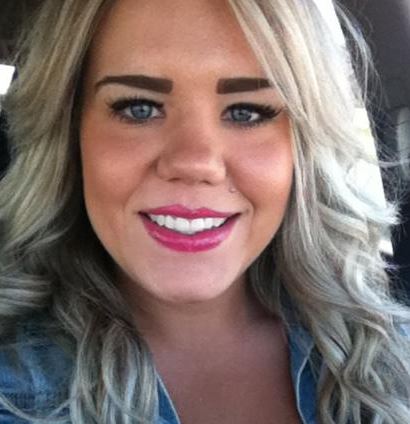 Lauren Kossowan and her man have known each other for a while. The two met in Canada and during an interview, Ross said about her “she has helped me more than she knows.”
The gorgeous NFL wife, can be found on social media as ‘lulukossowan’ or as Lauren Ross. The stunner happens to be a business owner and hairstylist. According to her LinkedIn, she is the owner at Elevate Hair.

She attended Marvel College for a year until 2006. In addition to Elevate Hair, she’s also worked at Evolution Hair and Transition Hair.