Sabrina Parr is the stunning girlfriend and soon to be wife of former NBA player, Lamar Odom.

According to reports, Odom popped the question during a romantic dinner at Myles Chefetz Prime 112 restaurant in Miami over the weekend.
The love birds were first seen together back in August meaning they have been dating for about three months, thoug is unclear when exactly they hooked up.

The short courtship is kind of Lamar’s thing. The power forward was famously married into the Kardashian family. He popped the question to Khloe Kardashian after just a month of dating. They were married in 2009. Khloe filed for divorce in 2013 following Lamar’s DUI and cheating allegations.
The reality star then rushed to Lamar’s side in 2015 after his near-fatal overdose in a brothel. Khloe who is now the mother of baby True with former boyfriend Tristan Thompson -refiled for divorce in May 2016.

Leaving his past behind, he introduced the soon-to-be Mrs. -with a sweet post “Introducing my new fiancé,” “Soon to be Mrs. Parr-Odom. She’s the ONE!!!” 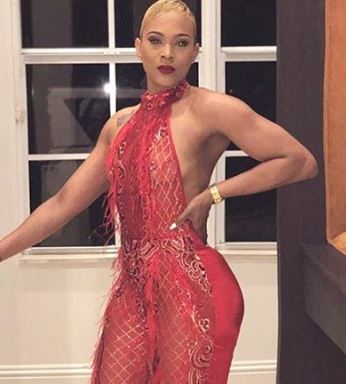 Sabrina Parr is a personal trainer as well as a health and life coach and businesswoman. Sabrina who runs her own website, is an award winning Five-Time All-American and two-Time State Track Champion. She also won a state title at her alma mater Collinwood High School as an assistant coach.
She is behind Sabrina’s Detox Tea -an online retail products & service company in the health & wellness industry.

In addition, she can add to her resume radio Dj. The stunner is also a former radio personality for ESPN’s 850 WKNR out of Cleveland. However, Sabrina Parr got the boot and was let go in 2017. Apparently the reason she was fired was due to some comments she made about Cleveland Browns rookie Jabrill Peppers.
Parr definitely has some interesting past as she is also a former inmate who used to be married. Sabrina who used to be the wife of Antonio Davis, was sentenced to six months behind bars and three years probation back in 2015. Parr was at the time charged with two counts of felonious assault, a second-degree felony and one count of domestic violence, according to the court documents. She was released from jail early.
From her marriage which ended in divorce in 2016, she is the mother of two children.