Get to know the gorgeous woman who stole Laadrian’s Heart

Shelby Waddle is the stunning wife of NFL star, LaAdrian Waddle –best known as a current player with the New England Patriots.

Shelby’s offensive lineman husband wears number 68 for the New England Patriots. He was born July 21, 1991; the Columbus, Texas native was a three-star recruit by Rivals.com. He was recruited by Texas Tech where he earned several honors.

He was signed by the Detroit Lions as an undrafted rookie free agent in May 2013. In late 2015, he was cut by the Lions following a knee injury that caused him to miss part of the season. He was claimed off waivers by the Patriots on December 16, 2015 –a day after being cut by the Lions.

In 2016, he played in two regular-season games as a reserve along the offensive line. In 2017 he played in twelve games and subbed in at left tackle for the final offensive series of the game and contributed on special teams during the victory vs. Buffalo and in the win vs. N.Y. Jets. He is a Super Bowl LI champ, though he was inactive for the game.

For this year’s Super Bowl there’s no doubt that Waddle’s biggest fan will be his lovely wife, Shelby. 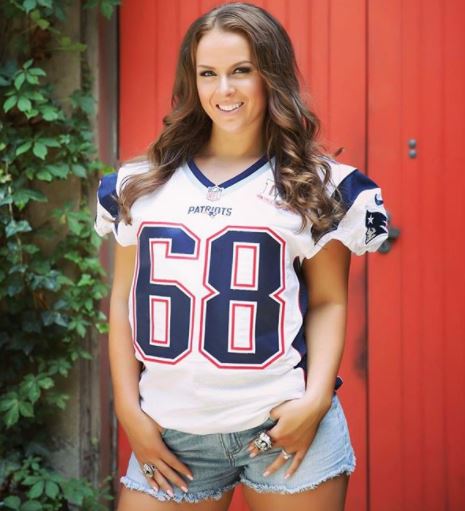 According to her social media info, the lovely Shelby Waddle is a Detroit, Michigan native formerly known as Shelby Teeter. She previously lived in McKinney, Texas. She and LaAdrian tied the knot on May 21, 2016. 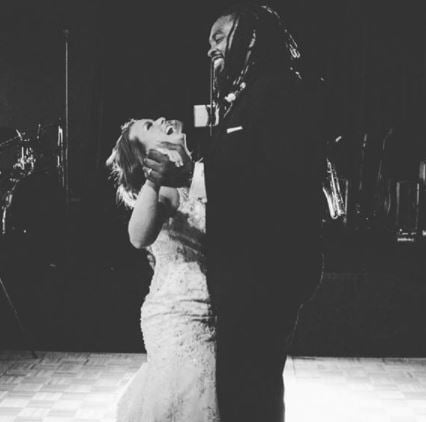 According to Fabwags, Shelby was born in 1993 as Shelby Marie Teeter, to parents Jeff and Sandy Teeter.

She holds an Associate’s Degree in Business, Management, Marketing and Related Support Services from the Schoolcraft College. According to her LinkedIn, she worked for several years at E3 Detroit –where she was named Senior Event Manager. She was previously a sales rep for WebbedConnection.