Mandy is the proud wife of NFL head coach, Kyle Shanahan -who currently serves as head coach for the San Francisco 49ers.

Mandy’s husband is in his third season as head coach of the San Francisco 49ers. The 40-year-old has led the franchise to become the top seed in the NFC playoffs.

Born, December 14, 1979; the Minneapolis, Minnesota native followed into his father’s Mike footsteps, Mike Shanahan was also an NFL coach and went onto coach the 49ers. His father won two Super Bowls.
Kyle has also been close to winning a Super Bowl, he is well remembered for the stunning loss of Super Bowl LI -in which the Atlanta Falcons were stomp all over by the Patriots. At the time, Shanahan was the offensive coordinator of the Atlanta Falcons.
Before being named the 49ers head coach in 2017, Kyle served also served as the offensive coordinator for the Houston Texans, Washington Redskins and Cleveland Browns.

The NFL coach is happily married to high school sweetheart, Mandy. The two have been married for 15-years and together are the proud parents of three adorable children. 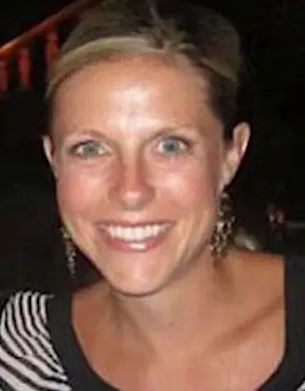 Mandy Shanahan was born Amanda O’Donnell, like her husband, she attended Cherry Creek High School in Greenwood Village, Colorado. While attending college at University of Colorado at Boulder she and Kyle split -but later rekindled their relationship. They have been married since 2005. Three years prior to their nuptials, Mandy had lost her mother, Nancy O’Donnell an eighth-grade teacher to gall-bladder cancer.

Mandy who holds a degree in English Literature; gave birth to the couple’s first born, daughter Stella in 2007 who is followed by son, Carter; and last but not least, they welcomed daughter Lexi in 2012.
Mandy who is known as a big 49ers fan, said during an interview it was hard to watch her hubby crumble following Super Bowl’s LI loss -luckily she was there for her man.
Is safe to say even though she is married to an NFL coach, Mandy keeps a low profile and certinaly keeps busy with the couple’s children.